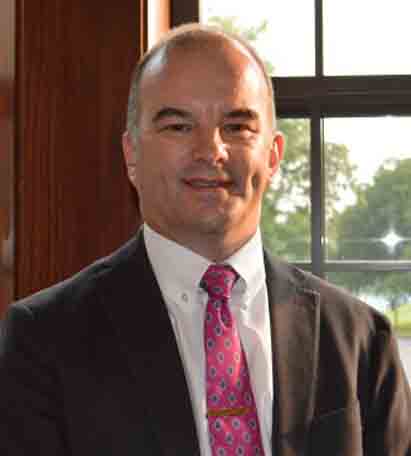 It is a hardy perennial of church history that every generation believes itself to be living in a time of terminal spiritual decline. Whether it is Luther in 1527 lamenting in his own inimitable style that the Reformation gospel had merely given people the excuse to live like “irrational pigs,” the Puritans complaining of the empty formalism of establishment Anglicanism, or Baptists railing against the evils of alcohol and movies, the world—and the visible church—are always apparently on the verge of destruction. Yet, amazing to tell, the church is still here, people still believe the gospel, and Jesus still finds people who gather Sunday by Sunday to praise and honor his name.

Thus, when commissioned to write an article on the present challenges facing orthodox Protestantism, it is important to begin by acknowledging that God is still sovereign, that the promises of victory to the church are still sound, and that the temptation to despair is not new nor well-founded.

But if abject despair is not an option, it is still the case that a prudent reflection on the changes that are occurring in our world, and the particular and novel challenges they pose, is in order. The church of Christ will win. But that may not be our congregation or our denomination unless we act faithfully and wisely. And that requires a degree of understanding how the times are changing.

The classic constitutional embodiment of the old world that is dying were Article VI, with its insistence that there be no religious test for public office, and the First Amendment, with its right to freedom of religion. Both clauses worked well at a time when there was a broad consensus on the morality needed to underpin society. This may not have been an explicitly Christian morality, but it broadly tracked with such. Murder, stealing, adultery, and homosexuality were all assumed to be wrong by most people, even if they had never read the Bible, read Kant on ethics, or wrestled with virtue theory. Thus, the things that distinguished religious people from the rest were not matters that made a practical difference to the smooth functioning of society as a whole: one could either believe in or deny the Incarnation and resurrection, for example, but still be a good mailman, an effective shop owner, or a competent physician.

The challenge facing Christians today is that the moral consensus has collapsed. This means that issues that do distinguish Christians from the rest—beliefs about homosexuality and abortion, for example—are matters that are now contested in the public square. We might say that everything is now political. And that places huge pressure on the church of a kind not seen in the United States before, even during the struggles over slavery. How do you keep politics out of the pulpit where everything is political? What does the spiritual mission of the church look like in a time when Christians might be asked to attend an office celebration of the engagement of two gay coworkers? Or when somebody’s employer decides they will no longer do business with a particular company that has adopted a pro-life stance? These are real questions that will affect more and more people—people who will want guidance and help from the pulpit, from their elders, and from their friends at church.

Further, the loss of the private sphere, fueled in part by the politicization of previously private opinions and in part by the rise of social media and the notion of all of life as a subject for public performance, merely exacerbates this. Where once somebody’s views on, say, transgenderism could be safely confined to the dinner table, now the cultural demand for the performance of public virtue—the inclusion, for example, of the rainbow flag or the black square on social media accounts—makes conscientious objection to such, or mere refusal to make the cheap identification between cost-free signals and real sacrificial virtues, look seditious and bigoted.

This is the first big challenge to the church: how does she pursue her spiritual task when the world has now decided that the implications of the spiritual strike at the very heart of the politics of the modern public square?

And this connects to the second big challenge. One of the major differences I notice as an immigrant to the USA is the speed with which the church believes it is losing its grip on society. There seems to be a deep-seated aspect to American Protestant culture that has assumed it owned the country. Certainly, Protestantism set the tone for American civic religion. Now that influence is disappearing at what many Christians consider to be a frightening rate of speed. Where Europe sloughed off Christianity over a period of many years—that slow, receding roar of the tide of the sea of faith, as Matthew Arnold described it—in America one might be forgiven for thinking it has taken a mere twenty years. Or at least it seems that way.

At such a time, the temptation to extreme reaction can be almost overwhelming. The rise of racism and segregationist philosophies and attitudes on the left and the right are a case in point. Anger and recrimination now characterize much on the web that claims the name of Christian. The recent controversy over Christian nationalism and Kinism, sparked by the exposé of the headmaster of a Christian school as a true, self-conscious white supremacist is a case in point. Christian advocacy of critical race theory is another. Numerous things tie the two phenomena together but perhaps most significant is the lack of any note of forgiveness that typically characterizes these things. Identity politics demands repentance but doesn’t do forgiveness, nor grace. As such it is not an option for Christians, whether on the left or the right.

Both of these phenomena—the fact that Christian morality is now highly contested in the public at almost every point, and the temptations presented by the rapid decline of Christian influence and the rise of polarized identity politics—also share one other thing in common: at root, they reflect society’s confusion or lack of consensus about what it means to be human. Yes, we all rolled our eyes at Justice Jackson’s inability to answer the question, What is a woman? But she is hardly to blame. Her confusion arises out of a deeper confusion that permeates our culture, a confusion over what it means to be human.

Given all this, the orthodox Protestantism of the future will be more political, not in the sense that its message has intrinsically changed but in the sense that that message—of what it means to be human—now stands at the heart of what our culture has decided is political. Preaching that is faithful will thus at least be vulnerable to accusations of being political.

This will have various consequences. We can expect the church to be increasingly and explicitly decried and despised. We can expect it to be harder to be a Christian in public because it will not really be possible to be a Christian merely in private—not necessarily that we will be persecuted, but that we will be mocked and reviled. It is one thing to affirm the resurrection in a world that regards that as a silly belief held by an otherwise harmless and genial person. To reject the chaotic anthropology of our culture, whether we are talking sexuality, gender, or race, is to become the object of accusations of bigotry, evil, and even, in our psychologized world, violence. It will also require discipline within our own ranks: the church of Christ should have no place for those advocating sexual immorality, race-baiting on the right or the left, or gender confusion. And we cannot assume that none of these things are happening, or will happen, in our own ranks in the OPC. Extreme and polarized political times make it all too easy to excuse sinful and divisive attitudes. And we are not immune to that merely through our adherence to the Westminster standards and presbyterian polity.

This also means that the exile/pilgrim nature of the church will become much clearer. Protestants may have thought that they owned the USA, but they never did. The time in which we live is thus apocalyptic—not merely in the popular sense of catastrophe and chaos but also in the technical sense of unveiling or revealing. What we see becoming real before us is a truth that has been buried for generations under the outward success and prosperity of the American experiment: the church’s home is not in this world but in the next.

In the meantime, however, that does not mean she can focus exclusively on the next. If she is also the in-breaking of the kingdom, then her people need to know how to behave as servants of the king here and now—with respect to the office celebration of a gay marriage, the company’s policy on abortion, the advocacy by the local school board of this teaching or that. In short, teaching our people to be exiles involves teaching them how to live in the here and now in light of the hereafter. That has always been the church’s task. Today in America it is perhaps more complicated and difficult than for many generations. Praise God, then, for his promises, his unchanging nature, and the power of his grace.

The author is an OP minister and professor at Grove City College. New Horizons, January 2023.