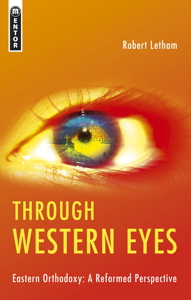 Dr. Robert Letham has provided the Reformed community with a valuable resource on the history, beliefs, and practices of the Eastern Orthodox Church.

If you are looking for a polemical book that will “bash” Eastern Orthodoxy, then Letham’s book is not for you. He writes:

This book examines the history and theology of Orthodoxy from a Reformed Protestant perspective. I will argue that there are clear and significant areas of agreement....At the same time there arc many areas of disagreement....However, there are also misunderstandings on both sides....I hope that, in drawing attention to the agreements and misunderstandings, readers may come to a better understanding of exactly where the real differences lie. (p. 13)

In “Part One: The Church of the Ecumenical Councils,” Letham surveys the history of Orthodoxy from its inception up to the twentieth century). The seven ecumenical councils and several salient theologians of the early church are treated in a concise and readable manner. The survey of Orthodoxy’s subsequent history and missionary expansion demonstrates that the Eastern Church, unlike the West, had no Middle Ages, no Reformation, and no Enlightenment against which to contend, and therefore has seen no significant development in her theology and liturgy to this day (p. 137).

“Part Two: Theology” contains five chapters that address various aspects of doctrine. They are “Of Prayers and Icons,” “Scripture and Tradition,” “Church and Sacraments,” “The Trinity,” and “Salvation: Justification, Deification and Synergism.” Throughout this section, Letham offers a sympathetic, yet critical, assessment of Eastern Orthodoxy.

In “Part Three: Comparative Evaluation,” Letham moves eloquently through several key areas of agreement, misunderstanding, and disagreement between the Orthodox and the Reformed branches of Christendom. “There is a clear need for the Reformed to develop a more nuanced understanding of Orthodoxy so as more accurately to represent what the Orthodox believe and do” (p. 278). At the same time, Letham remains unflaggingly committed to the authority of Scripture over tradition, the centrality of the Word in worship, and divine monergism in salvation.

The closing chapter is a reminder that this hook is only an initial step toward realizing the goal of unity for which our Lord prays in John 17. On the last page, Letham writes, “Since the unity of the church is grounded in the truth of God, who is truth, prayer for and movement towards such visibly exhibited unity must also be in full conformity with the truth of the gospel of Jesus Christ. Therefore, this is a long and winding road. There arc no short cuts: any agreements at the expense of real doctrinal substance are not merely to he avoided; they are counter productive” (p.296).

Readers owe Letham a debt of gratitude for distilling so much information and expertise with such keen insight and economy of words.