The Wordsmith, the Kid, and the Electrolux: A Fall from the Family Tree 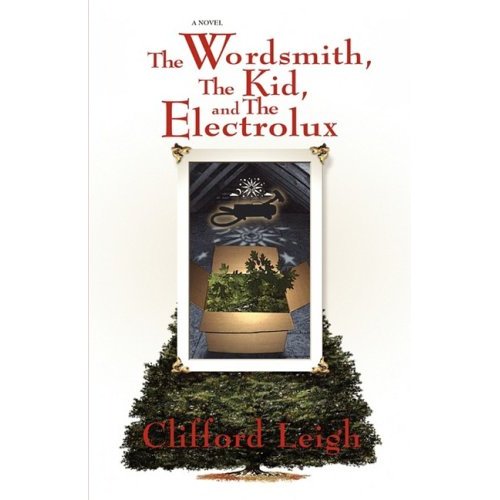 The Wordsmith, the Kid, and the Electrolux: A Fall from the Family Tree

The Wordsmith, the Kid, and the Electrolux: A Fall from the Family Tree, by Clifford Leigh. Published by Capstone, 2008. Paperback, 229 pages, list price $15.95. Reviewed by Diane L. Olinger, a member of Calvary OPC in Glenside, Pa.

Who are the Wordsmith, the Kid, and the Electrolux? This is the question that a boy named Corian Griffin encounters in his strange journey through the "world beneath the tree." It’s not another world so much as the same world seen in a different way.

In this novel, Clifford Leigh, a deacon at the Orthodox Presbyterian Church in Bohemia, New York, uses recognizable objects in allegorical forms to express the basic concepts of the Trinity, creation, the Fall, human depravity, election, and the gospel, as well as faith and reason. As readers, we accompany Corey as he steps into a series of living pictures that serve to enlighten him regarding the true meaning of life beneath the tree and above it. Corey is guided on these adventures by another boy, Benjamin Endben, traveling with his "twin," Ben. Benjamin carries with him a lambskin packet of pictures bound with a red cord. The pictures have "come down from the mountain" and testify to their own truth.

Like John Bunyan in Pilgrim’s Progress, Leigh uses clever naming to help us decipher the meaning of the story. For example, Corey meets Kosmo Kreecher and Fern Kreecher, who admire the creative work of the Wordsmith, the tree-machine, but refuse to attribute that work to him. Kosmo is absorbed with the technological aspects of the tree-machine, which he interprets only through reason. His wife, Fern, a lover of nature, refers to the tree-machine as "Bealla" (the be all and end all). She approaches the tree from her own deep spirituality and concludes that Bealla is the mother of the living force within us.

Leigh is an artist, designer, and painter by trade, as well as an author. His artistry comes through in this book. He uses words to create convincing images in scenes that sometimes are as colorful, and also as strange, as those in Alice in Wonderland. Some of the chapters are so well designed that they could stand alone as powerful short stories.

As a people of the Word, we live by faith, not by sight. There were times when I felt that this difference between faith and sight was obscured by the book’s emphasis on pictures. For instance, Corey and his companions are eyewitnesses to the Wordsmith's creation of the tree-machine. This seems to put them in a fundamentally different position than we are in when we observe our Creator's handiwork, thus severing, or at least weakening, the intended allegorical connection.

Extended allegory can be wearying after a while. But upon arriving at the end of The Wordsmith, the Kid, and the Electrolux, when all the shadowy pictures had given way to what is real, I was glad that I had persevered.