Saved by Grace: The Holy Spirit's Work in Calling and Regeneration 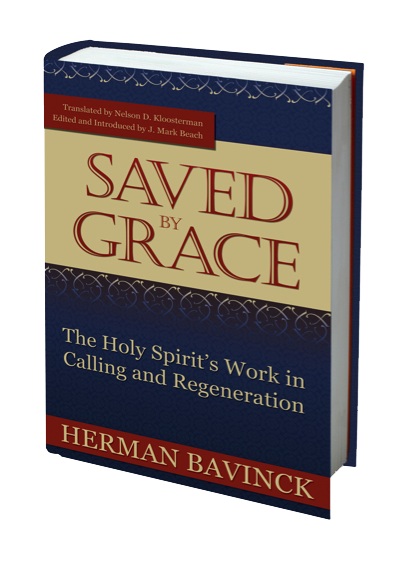 Saved by Grace: The Holy Spirit's Work in Calling and Regeneration

For the better part of the twentieth century, the work of one of the Reformed world's most gifted theologians, Herman Bavinck (1854–1921), was locked away in the Dutch tongue. A few of his works were available in English, but it was not until the publication of his four-volume Reformed Dogmatics that a new reading audience gained access to his thought. The old adage—when it rains, it pours—is applicable in a positive way in this case. Reformation Heritage Books has published one of Bavinck's lesser-known but important works, which deals with the work of the Holy Spirit in effectual calling and regeneration. The book was written as a controversy brewed regarding regeneration and baptism. The editor describes Bavinck's work as a "mildly 'anti-Kuyperian' work," as Abraham Kuyper's views are largely at issue.

First, Bavinck deals with the relationship between election and the order of salvation, particularly justification. Bavinck addresses Kuyper's view on predestination (supralapsarianism) and how it leads him to the erroneous conclusion that believers are justified in eternity past. Believers are chosen by God in eternity, but they are justified in history, when they profess their faith in Christ.

Second, Bavinck discusses the relationship between the immediate work of the Spirit and the means of grace. He explains that the Holy Spirit works immediately and directly upon the heart of a person in salvation, but that this work does not preclude the use of means (word and sacraments). He also explains that God "addresses us in the external call through law and gospel" (p. 146).

This is a very helpful treatment of the subject of regeneration and related matters. Bavinck is deeply aware of the history of the doctrine and interacts with a number of lesser-known but important Reformed luminaries from the sixteenth and seventeenth centuries. Also, the editor's introduction is well written and helps the reader understand Bavinck's work in its historical context. The editor's footnotes scattered throughout the work are also helpful. All in all, this work is a wonderful addition to the Bavinck corpus in English.