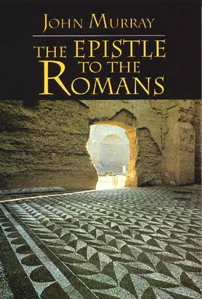 Reviewed by: Marcus A. Mininger

There is a long and rich tradition of venerable theologians writing commentaries on Romans, including such Reformed luminaries as John Calvin, Charles Hodge, and John Murray. Among these, Murray's commentary is the most recent and exegetically intensive, and therefore constitutes an ideal starting point for Reformed readers.

It is not exegetical patience or theological well-roundedness that Luther provides so much as a profound grasp of sin and the grace that both exposes and overcomes it when God justifies the ungodly. In addition, Luther's clear, powerful prose draws the reader into the same spiritual crucible in which this father-figure of the Reformation once came alive himself, making this a unique and stirring read.

Jewett provides the most weighty and conceptually consistent, full-length protest to date against Luther. Although one must almost constantly disagree with him, he nevertheless challenges a Reformed reader to confront both Romans and one's own interpretative assumptions anew. Through this, one can see both that Paul's thought is much bigger than Luther's and that Jewett's socialized gospel is hardly any gospel at all.

A response to Jewett and a supplement to Luther is found throughout the pages of Ridderbos. Reading any passage in Paul requires situating it within his theology as a whole. Nowhere is this more necessary than when confronting the grand, sweeping argument of Romans. And no single book helps the reader do this better than Ridderbos's Paul. Already the single best overview of Paul's thought ever written, its Scripture index also helps turn it into almost a one-volume commentary on Paul's letters. It discusses nearly every passage in Romans, not just regarding what a passage says, but especially regarding how it fits within the entirety of Paul's magisterial, redemptive-historical thinking.