Love Wins: A Book about Heaven, Hell, and the Fate of Every Person Who Ever Lived 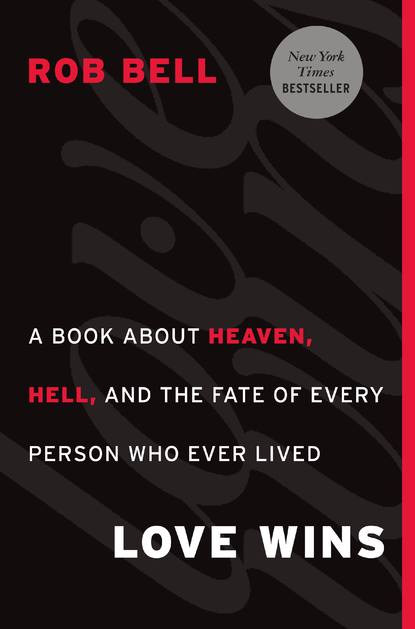 Love Wins: A Book about Heaven, Hell, and the Fate of Every Person Who Ever Lived

Reviewed by: Everett A. Henes

Love Wins: A Book about Heaven, Hell, and the Fate of Every Person Who Ever Lived, by Rob Bell. Published by HarperOne, 2011. Hardback, 224 pages, list price $22.99. Reviewed by OP pastor Everett A. Henes.

In Love Wins, Rob Bell openly challenges whether there is a literal hell where God's enemies are punished for their sins. On the flip side, who gets into heaven? What if the preacher gets a flat tire on the way to the meeting and someone—who was supposed to hear him and get saved—dies that night without saying the right prayer? Bell is not asking and answering questions as if God were sovereign. In his world, if there is a hell, anything can go wrong and cause someone whom God really wanted saved to be lost.

Bell redefines heaven and argues that too many Christians look for it somewhere else (p. 24). He makes the new creation (Rev. 21–22) this creation. "It's here [the Prophets] were talking about, this world, the one we know—but rescued, transformed, and renewed" (p. 35). We work with God to make such a world come about (p. 36). To defend this position biblically, Bell offers alternative definitions of Greek words. For example, when the rich man asks about "eternal life" (Matt. 19:16), Bell makes "eternal" to mean "of the [present] age." Bell fails to see that the "age to come" has only partly broken in through salvation and won't fully come until the end. For Bell, the partnering we have with God is more about dealing with child prostitution (p. 38), polluted water (p. 45), and the difficulties of being a single mother (p. 53).

Just like heaven, hell is here and now. He translates "forever" in the Hebrew and Greek to mean, again, an "age." For Bell, even if hell existed after this life (in the age to come), it would still not last forever.

Bell asks, "Will all people be saved, or will God not get what God wants?" (p. 98). Nowhere does he consider the possibility that God does not want all people to be saved. Such a notion is inconceivable in his view of God's love. For Bell, there will never be a time, even after death, when a person cannot turn to God and come to heaven (p. 115).

Further, all theories of the cross are embraced: penal substitution, ransom theory, winning a battle, restoring a relationship, redeeming something lost—all are equally valid. To argue for one over another is to "miss the brilliant, creative work" (p. 129). Also worrisome is Bell's view of death. Nowhere is there talk of death as a result of sin. It is just "the way the world works … an elemental reality" (p. 131).

The goal is to believe God's story about us rather than our own stories. "Hell is our refusal to trust God's retelling of our story" (p. 170). Bell turns to the story of the prodigal son to show that heaven and hell are states of being "at the same party" (p. 176). In the end, Jesus secures salvation for every person who ever lived, and God waits until they accept it.

Pantheism permeates this book, with an experience of the divine all around us, through us, under and above us (p. 60). Jesus is a force (p. 141); he transcends labels (p. 150); he is "as narrow as himself and as wide as the universe" (p. 155). Pastors and elders should be prepared to answer questions from those under their care, particularly those who are young in the faith. If "love wins," then the God of biblical Christianity loses.