Thomas Manton: A Guided Tour of the Life and Thought of a Puritan Pastor 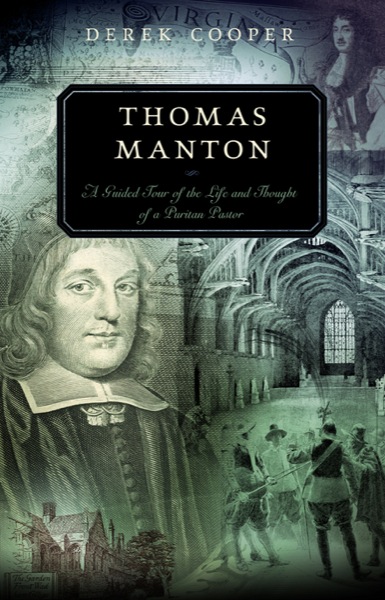 Thomas Manton: A Guided Tour of the Life and Thought of a Puritan Pastor

Reviewed by: James A. La Belle

Thomas Manton: A Guided Tour of the Life and Thought of a Puritan Pastor, by Derek Cooper. Published by P&R Publishing, 2011. Paperback, 240 pages, list price $14.99. Reviewed by OP pastor James A. La Belle.

While Thomas Manton is not familiar to many laymen, his commentaries and sermons sit on the shelves of many pastors. And yet, even those pastors who enjoy this "mighty mountain of sound theology" (as Spurgeon once referred to Manton's Works) do not really know Thomas Manton. Derek Cooper (a professor at Biblical Theological Seminary) introduces us to the man behind the mountain, bringing Manton into the light by looking at his life, writings, and legacy.

In Part One, Cooper traces the life of Manton as a seventeenth-century Puritan pastor. He tells of his upbringing in Somerset, his education at Oxford, his ordination as a pastor of Presbyterian conviction within the Church of England, and his lectureship in Sowton, where he acquired a reputation as a gifted preacher of Presbyterianism. He then became a respected leader of the Presbyterians in the London area. Whether as a scribe for the Westminster Assembly or as the author of the preface to the second edition of the Westminster Confession of Faith in 1658 or in his preaching, Manton pleaded for the establishment of Presbyterianism in the Church of England as the best means to organize the church and unify the nation. But Manton's plea was ignored and the Presbyterian cause in England was ended by the Act of Uniformity that established Episcopacy in 1662. The rest of Manton's life was a struggle between nonconformity and conformity, as he refused to conform and yet desperately wanted to be included in the Church of England.

In Part Two, Cooper considers Manton's work as a biblical interpreter by taking a close look at his commentary on James. His analysis shows us (1) Manton's excellence as an exegete, (2) his convictions as an expositor, (3) his interaction with the interpretive tradition before him, and (4) his stance regarding the integrity and canonicity of James—a matter of much debate in his day.

In Part Three, Cooper introduces us to Manton as the "King of Preachers" by sharing three of his sermons. Cooper's selection opens a window into both Manton's style and his person. The first is a sermon on the necessity of meditation. It shows Manton urging the saints to live as Christians. The second is a sermon preached before Parliament and presents him trying to be a faithful expositor of God's Word and yet speak to the social crises of his day. The third is a sermon on the essence of the gospel, namely, that we deny ourselves and follow Christ.

I highly recommend Cooper's book. It whets the appetite for more of Manton. It introduces the turbulent times in which the English Puritans lived and in which God strengthened them as expositors and pastors. It also helps us to appreciate the Puritan heritage on which we stand as Orthodox Presbyterians.