The Mighty Weakness of John Knox 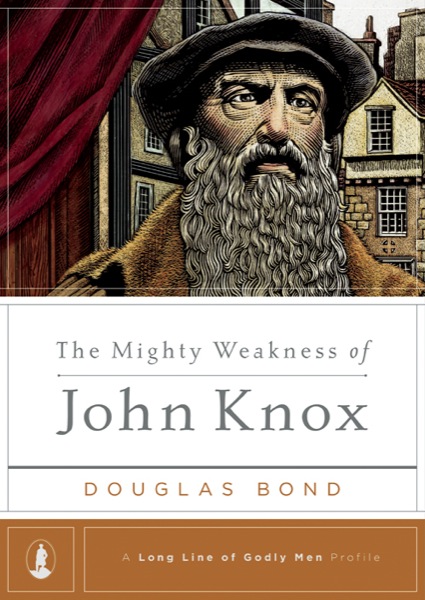 The Mighty Weakness of John Knox

I find it helpful to read Christian biographies. The examples of others and how the Lord worked in their lives are encouraging to me. But once I acquired this book, I had second thoughts: "John Knox was so strong and brave; he had a ministry that was so fruitful! Do I really want to read a whole book about that? It's bound to discourage me." Boy, was I in for a surprise!

I was surprised to learn that John Knox was even more brave and his ministry was even more fruitful than I had thought. Those who claim that the Reformers were not mission-minded surely haven't considered that Knox himself was a missionary, and that thousands were converted to Christ under his ministry. But I was even more surprised to learn that Knox was physically small and frail, and that he was temperamentally timid, struggling with doubts and fears. When he was first called (virtually conscripted) to be a minister of the Word, he burst into tears and ran out of the room! John Knox, insists Douglas Bond, was "a weak man made mighty."

Bond, the author of several works of historical fiction, says that he means for this book to be "a practical biography" (p. xxi). His experience as a novelist serves nicely, for this book is well written. Moreover, it is indeed practical. It could be called a devotional biography; from the life of John Knox, it illustrates 2 Corinthians 12:10: "For the sake of Christ, then, I am content with weaknesses, insults, hardships, persecutions, and calamities. For when I am weak, then I am strong."

The first chapter provides a chronological survey of Knox's life and ministry. The rest of the book looks more topically at different facets of his life and ministry (such as his preaching, praying, writing, and doctrine). The Scots Confession, of which Knox was a major author, is included as an appendix in the book, along with a time line of Knox and the Reformation.

Readers from older teens on can find this book both interesting and encouraging. As Bond illustrates, what made Knox mighty in his weakness was that "Christ was at the center of every dimension of his life" (p. 25). And what makes this book so encouraging and edifying is that Christ is at its center as well. Highly recommended.