Charles Hodge: The Pride of Princeton 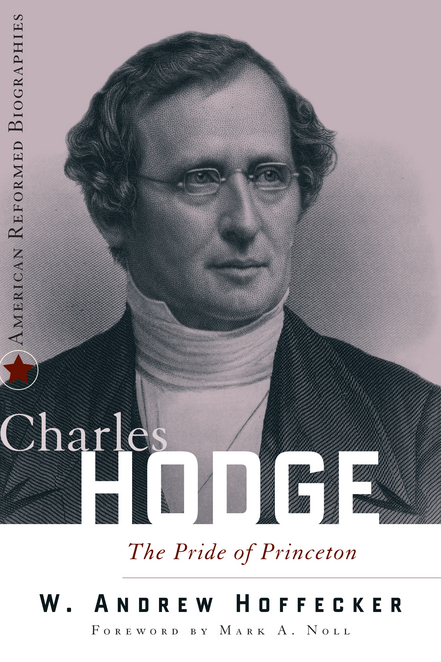 Charles Hodge: The Pride of Princeton

On this two hundredth anniversary of the founding of Princeton Seminary, two biographies of the man who developed the Princeton theology, Charles Hodge, have appeared, written by Andrew Hoffecker and Paul Gutjahr. Previously, those interested in Hodge were limited to the biography written by his son, A. A. Hodge.

Hoffecker's book is the fifth in a series called American Reformed Biographies, and it continues the scholarly yet popularly accessible format. The book is divided into six divisions, which correspond to eras in Hodge's life. Each division contains three to eight chapters. Full endnotes, a select bibliography, and an index facilitate access to the vast resources accessed by the author. The author's writing style comes across as relaxed, casual, and congenial; as I read the book, I felt as though I was in my living room drinking coffee with the author while he told me about Hodge.

Chapter 17 has the intriguing title "Old School Nurture vs. New School Revivalism." The word nurture is not one that would be expected to head a list of Hodge's most used words, and a "nurturing Old School" may be thought to be an oxymoron. To many, Hodge was a theological defender of slavery, the author of a turgid systematic theology text that challenges the best students, and the editor of a punishing academic journal. However, the author makes a convincing case for Old School nurture, pointing out that Hodge's mother taught him the Westminster Shorter Catechism at her knee (p. 153). Hodge's father died when Charles was an infant, and his mother and older brother, Hugh, were the strongest family influences on him. The nurturing model is developed further as Hoffecker relates how Hodge confronted the neglect of infant baptism by Presbyterians, which he blames on the influences of Charles Finney and revivalism (p. 155). Other aspects of Old School nurture discussed by the author include the emphasis on the Sabbath, prayer, worship, and the local church. Given the current deprecation of organized, confessional, and connectional churches, Hoffecker's presentation of Hodge's nurturing theology, working in the home and the church, provides encouragement for those who want to make disciples for the Lord.

Hoffecker's scrupulous and superb biography of Charles Hodge provides readers with a flowing narrative of the life of one of the most influential American theologians. The book is thoroughly grounded in primary sources and tempered by interaction with historians and Hodge's contemporaries. Hoffecker's fine volume will be a standard resource for students of Hodge, Presbyterian history, and the story of Princeton Seminary for years to come.