Talking with Mormons: An Invitation to Evangelicals 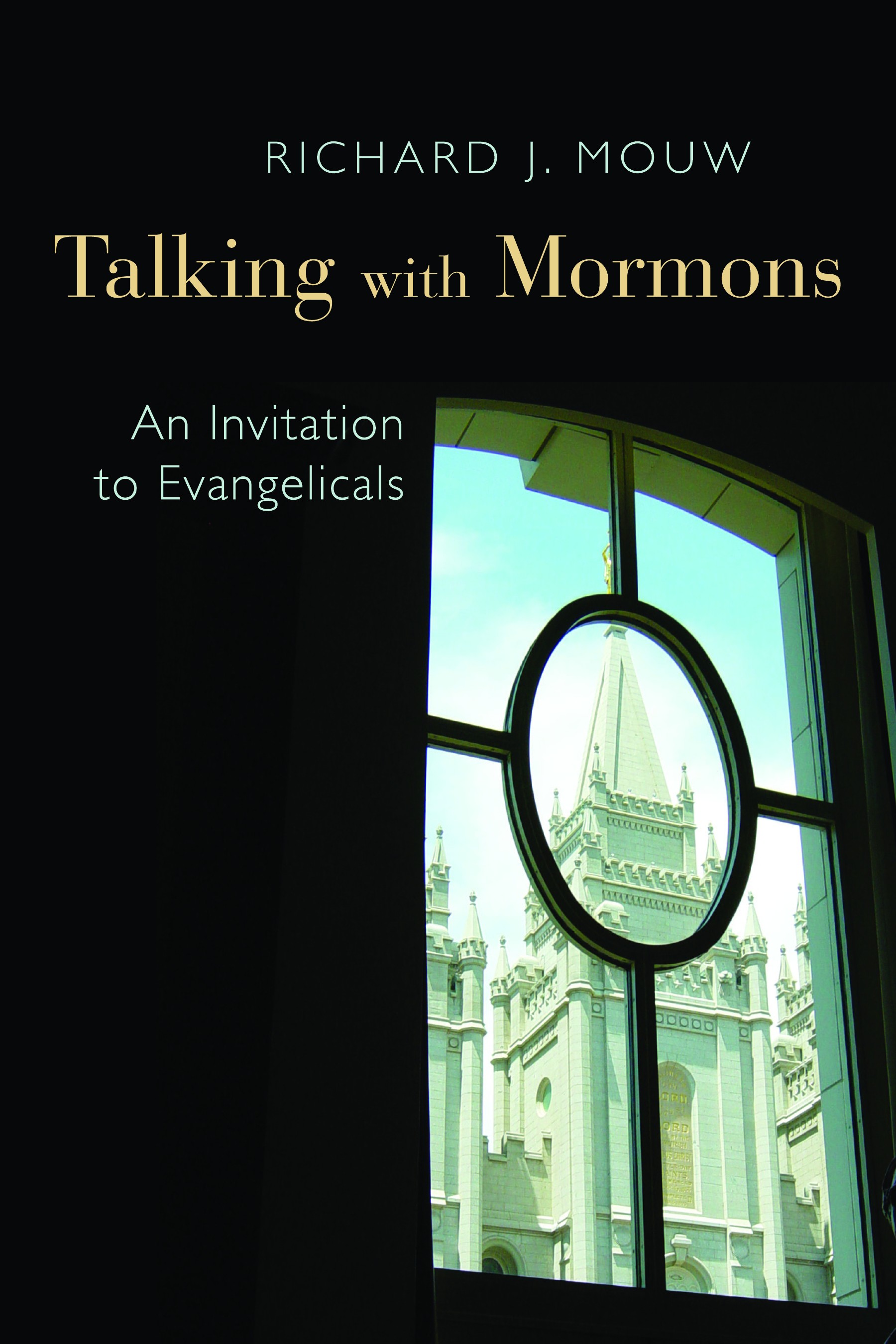 Talking with Mormons: An Invitation to Evangelicals

Richard Mouw is the president and professor of Christian philosophy at Fuller Seminary in Pasadena, California. He is a self-professed Calvinist and was once a member of the Christian Reformed Churches. He writes from an "evangelical perspective" (p. 3). He is also well known among Mormons and Mormon scholars. I appreciate the advice that he gives to evangelicals on how to engage Mormons. I recommend this book to anyone who is interested in this subject.

Mouw's "main concern" in the first part of his book is "to nurture friendlier relations with the Mormon community" (p. 43). The last half of the book deals more with engaging Mormons on theological matters.

Mouw's conciliatory tone comes out early in the book. On page 3, he describes an apology he made to Mormons "for the way we evangelicals have often treated them." Mouw also distances himself from evangelical leaders who have spoken harshly of Mormons. He describes a presentation that Walter Martin (author of The Kingdom of the Cults) gave in a small church in 1965 that both he and a young Mormon happened to be attending. Mouw writes, "I came away from that encounter convinced that Martin's theological critique of Mormonism was correct on the basic points at issue. But I also left the church that night with a nagging sense that there was more to be said, and that the way to let it be said was captured in the young Mormon's complaint, 'You are not even trying to understand!'" (p. 9). Mouw offers an argument for calling Mormonism a "new religious movement" rather than a "cult" (p. 30).

As Mouw approaches the theological issues surrounding Mormonism, he asks whether there could be some Mormons who are wrong in their theology but truly Christian through faith in Christ. While he agrees they are confused about Christ, he still thinks their faith could be genuine. In making his case, he cites a footnote in which Charles Hodge expresses his belief that liberal theologian Friedrich Schleiermacher was a true Christian (p. 35).

I leave Mouw's theological reflections in the chapters entitled "The Same Jesus?" and "What about Joseph Smith?" to the discerning reader. I conclude with a question he has for the Mormon with sincere faith: "Given your obviously sincere love of the Savior in whom you're trusting for your salvation, is the theology you teach capable of sustaining that trust?" (p. 58).