The Beauty and Glory of the Father 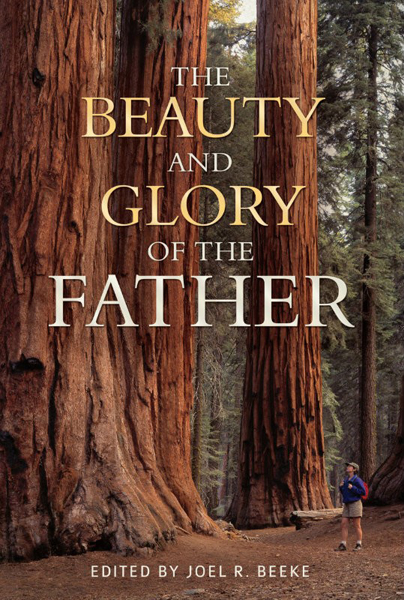 The Beauty and Glory of the Father

Reviewed by: Jonathan B. Falk

The first ten essays of this volume are based on messages given at the August 2012 conference at Puritan Reformed Theological Seminary on the topic of the fatherhood of God. The final essay is a summary of the last three conferences held by the seminary on "the beauty and glory of the Father, the Son and the Holy Spirit."

The first two messages urge us to see the beauty and the glory of the Father displayed in his beloved Son, Jesus Christ. Bartel Elshout, in the first chapter, takes us on an instructive tour through the Old and New Testaments, showing that the Father's love for the Son is revealed in all things, from creation to redemption to our glorification with Christ. Elshout reminds us that the Trinity is a relationship of love: "The Father, in the person of the Son, also in the person of the Holy Spirit, reciprocates and communicates the full essence of His love and person to the Father." The theme for the remaining essays is established by affirming that the Father's love for his Son is the motive for all of his divine activity.

One of the chapters of this anthology addresses the teaching of the Puritan Richard Sibbes on the mercy and faithfulness of the Father. Abundant footnotes guide us through his central message, which is "the story of God's love," wherein the Father chooses sinners to be his people, indeed, to be his "best friends."

The two chapters by Derek Thomas project the power and clarity of a preached sermon. The first message is from the familiar text of Isaiah 6, which confronts us with the holiness of God and his judgment against sin. But Thomas concludes with a powerful exposition of the "Father's holy love … that cost the death of His Son, an unimaginable cost." The second message by Thomas develops the response of Jesus to the request of Philip in John 14:8, "Show us the Father, and it is enough for us." In this chapter on "Seeing the Father in the Face of Jesus," Thomas gives us such a clear explanation of the relationship between the Father and the Son that we could use it to instruct our young children.

The final essay, entitled "The Need for a Trinitarian Piety," is by Ryan McGraw. I wish that I had had this chapter (and its ample footnotes) at hand during my years of ministry in New England in my encounters with Unitarians and other liberals. And I would have benefitted from this biblical and historical study in correcting Pentecostals who separate the work of the Holy Spirit from Christ.

All of the conference speakers quoted from the King James Version. If they had used even the NKJV, it would have made this useful volume more accessible to a new generation interested in learning about the fatherhood of God.