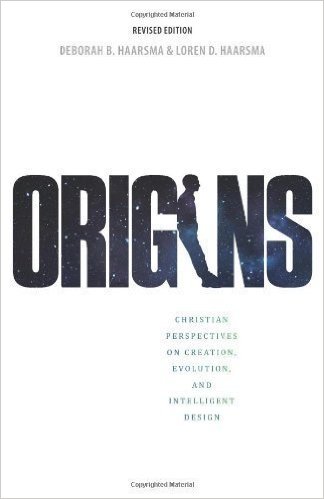 Deborah B. Haarsma, a former science professor at Calvin College, and Loren D. Haarsma, a current science professor there, wrote Origins as a husband-and-wife team. As committed Christians, they seek to find harmony between general and special revelation. It deals with such touchy issues as the age of the earth, macroevolution, and the historicity of Adam.

I'll start with the positives. Throughout the book, the Haarsmas assert their commitment to Christianity and reject atheistic conclusions. In the early chapters, the authors also offer a healthy corrective to a "science text-book" hermeneutic influenced by fundamentalism (pp. 28–29), while stressing the importance of reassessing biblical interpretation in light of scientific evidence (p. 77).

As with all books, neutrality is impossible. Deborah Haarsma now serves as president of the BioLogos Foundation—an organization committed to an evolutionary understanding of God's creation. In light of this, two significant weaknesses of Origins concern fair presentation and scientific priority. As scientific specialists and gifted communicators, the authors present a digestible and winsome argument for macroevolution while treating opposing biblical arguments in an irenic manner. But the irenic tone isn't extended to their scientific opponents. These are given short shrift (or more commonly dealt with on their website). This lack of fair presentation stacks the deck in favor of the authors' evolutionary presuppositions, leaving the reader to choose between the seemingly rigorous science of the authors and the supposed pseudoscience of their opponents.

Secondly, the Haarsmas, as professing Christians, should know that Scripture trumps science, assuming that both are rightly interpreted. But in their discussion of Galileo, the authors argue for letting science inform Scripture. Unfortunately, this strategy backfires in their handling of key biblical texts. In discussing the relationship between Genesis 1 and 2 (pp. 101–2), they offer the possibility of separate creation accounts, but discount the traditional solution of narrowing creation from universal (chapter 1) to local (chapter 2). In Genesis 3, the authors interpret the Fall exclusively as spiritual death, while neglecting the first occurrences of physical death in chapter 5.

Most troubling is the authors' treatment of our first parents. Their allowance for the possibility of an allegorical Adam and Eve, representing a much larger population, obscures the plain meaning of Scripture. They fail to interact with clear biblical evidence for an historical Adam in genealogies (Gen. 5; 1 Chron. 1; Luke 3), covenants (Hos. 6:7), and the teachings of Christ (Matt. 19) and Paul (1 Tim. 2). Most egregiously, they ignore Adam's pairing with Christ as federal heads of the human race (Rom. 5; 1 Cor. 15). If there wasn't one historical man who committed one original sin, then why would anyone need another historical man to atone for this sin and restore personal righteousness? The authors urge tolerance of all the views presented in their book, but, in the final analysis, that implicitly undermines the gospel they desire to uphold.

Origins provides a useful entry point in understanding some of the divergent views. Therefore, this reviewer cautiously recommends the book for mature Christians who are well-grounded in the biblical arguments for an historical Adam, but not for other readers.