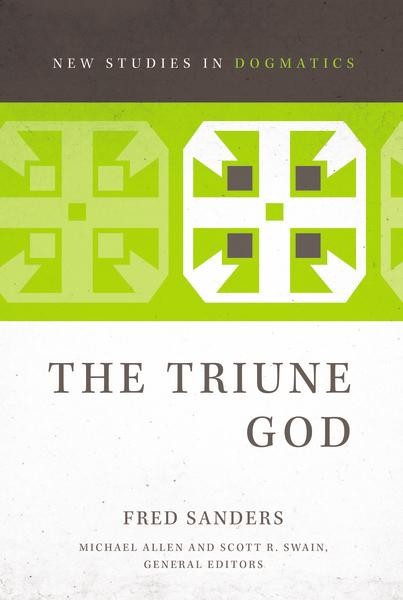 At the present time, the doctrine of the Trinity is experiencing a renaissance, yet many Christians still need to learn how to think and live in light of the Trinity. The growing literature on the Trinity often fails to bridge the gap between the scholarly world and the church. Fred Sanders’s The Triune God falls somewhere between those two worlds. He presents a well-informed exposition of the doctrine of the Trinity that aims to promote doxology. The primary aim of this mid-level text is to rework how we should ground the Trinity in Scripture and to what end (p. 162). This makes this book outshine others of its kind in several respects.

Sanders establishes the doctrine of the Trinity in a fresh way. This does not imply that his arguments are new or unique, but that they are distinctive from many recent treatments. His primary purpose is “seeking to give dogmatic guidelines for Trinitarian exegesis, which is more a matter of viewing biblical Trinitarianism from the right angle, in the right light, and at the right distance” (p. 172). He urges readers to understand the Trinity in light of the missions and processions of the persons, as opposed to distinguishing between the economical Trinity and the immanent Trinity or proving the doctrine through a piecemeal appeal to Scripture. He argues that the “immanent” and “economical” language has the disadvantage of implying two Trinities instead of two ways in which the triune God reveals himself.

At the same time, he shies away from proving the doctrine by citing proof texts for one part of the doctrine at a time, since such arguments do not adequately reflect how the New Testament reveals the Trinity. Rather than treating fully how Scripture reveals the Trinity, the author provides sufficient illustrations of his principles to give us the necessary tools to read our Bibles properly (p. 191). This method enables readers to “develop hermeneutical approaches and exegetical skills” that enable them to read the New Testament with the same Trinitarian presuppositions as its authors (p. 219). Sanders wants readers not only to find the Trinity in Scripture, but to do so in a way that respects the character of biblical revelation (p. 242).

Sanders prioritizes finding the Trinity in Scripture. He counters the common idea that while the doctrine of the Trinity flows from Scripture, it is a doctrinal formulation of the church due to its specialized vocabulary and complex ideas (e.g., pp. 185–87). At the same time, he does not discount the church’s reflection on the doctrine. He aims to teach readers how to use Christian creeds to find the unfolding doctrine of the Trinity in the Bible instead of using the Scriptures as a means to bolster the language of the creeds. This approach is a good model for respecting the authority of Scripture without neglecting the witness of the church to its teachings.

The Triune God is an excellent contribution to the New Studies in Dogmatics series. Sanders will challenge the average reader to think deeply, encourage scholars to reason more clearly, and exhort all to worship God more joyfully. This is a good combination in a book on the triune God.