A Clear and Simple Treatise on the Lord’s Supper 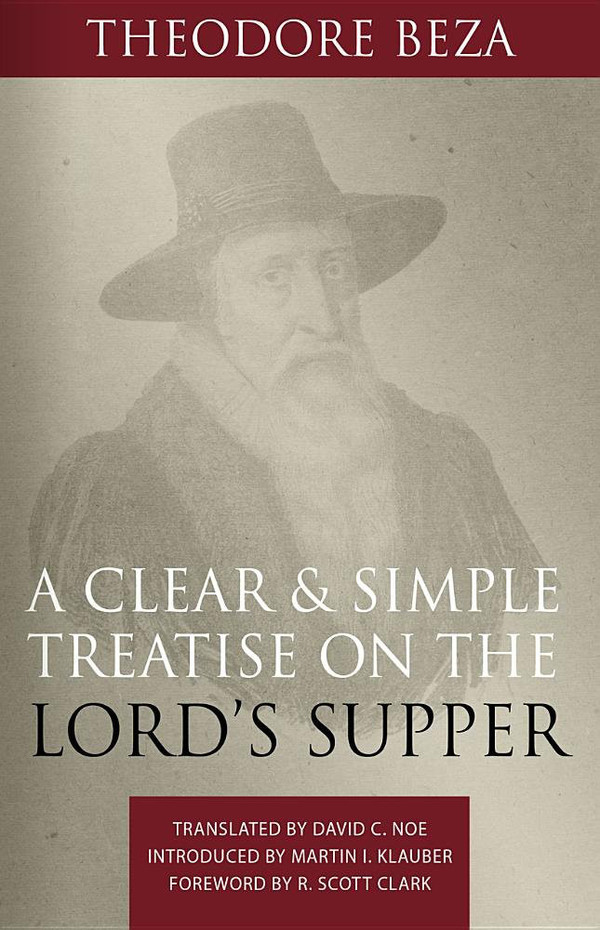 A Clear and Simple Treatise on the Lord’s Supper

At the Last Supper, the Lord Jesus said concerning the bread, “This is my body.” Those words have sparked more controversy in the history of the church than any other words in the Bible. The Reformers rejected the Roman Catholic doctrine that the consecrated bread is transubstantiated into the body of Christ. Unfortunately, however, they were unable to agree with each other on the exact meaning of the words of Jesus. The dispute between Luther and Zwingli at Marburg ultimately led to a rupture within the Protestant movement.

Calvin (like Zwingli) denied the local presence of Christ in the Supper, but he criticized Zwingli’s failure to affirm that Christ is present by the agency of the Holy Spirit and that, through the sacrament, Christ’s body and blood are truly received by believers. Calvin wrote, Zwingli “labored more to pull down what was evil than to build up what was good” (Tracts, 2:196). According to Calvin, Christ is “given to us in the Supper Spiritually because the secret virtue of the Spirit makes things which are separated by space to be united with each other and, accordingly, causes life from the flesh of Christ to reach us from heaven” (Tracts, 2:578). Even though Bullinger (Zwingli’s successor) did not entirely accept Calvin’s doctrine, the two Reformers were able to reach a consensus on the Lord’s Supper.

Due to the influence of Philip Melanchthon, some Lutherans (known as Philippists) became persuaded of Calvin’s eucharistic theology. However, another group of Lutherans known as the Gnesio (genuine) Lutherans rejected Calvin’s doctrine and defended Luther’s teaching that (1) the body and blood of Jesus are locally and substantially present “in, with, and under” the consecrated elements and (2) believers and unbelievers alike receive his body and blood in the sacrament.

One of the leading proponents of the Gnesio-Lutheran position was Joachim Westphal. Beginning in 1552, Westphal published several treatises against Calvin’s doctrine of the Lord’s Supper. Calvin answered these attacks with three treatises of his own. Finally, in 1558, Westphal published his Defense of the Lord’s Supper against the Errors and Calumnies of John Calvin. By this time, Calvin “had clearly had his fill of Westphal” and chose not to write a response (Beza, p. xxix).

However, in 1559, Beza, who had only recently arrived in Geneva, published A Clear and Simple Treatise on the Lord’s Supper in which the Published Slanders of Joachim Westphal are Finally Refuted. This treatise is the clearest explanation of Calvin’s doctrine of the Lord’s Supper I’ve read. Beza completely demolishes Westphal’s doctrine, and with solid exegetical and theological arguments, he clarifies, defends, and advances Calvin’s thought. Noe’s translation is outstanding, and his editorial remarks are invaluable. This is an essential resource for any serious study of Calvin’s doctrine of the Lord’s Supper. I highly recommend it.