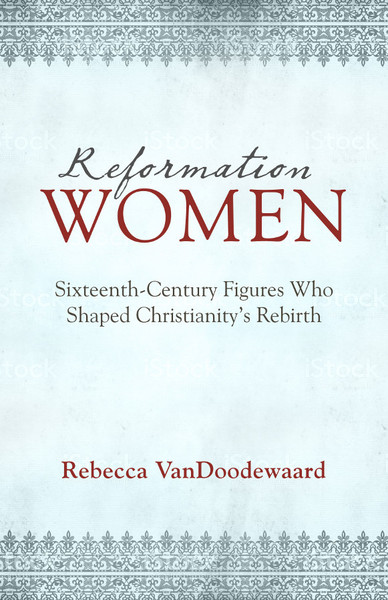 Between the pages of this sometimes witty and always insightful book, Rebecca VanDoodewaard has crafted a guide to a godly woman’s purpose in life. Reformation Women is not only for Reformed women; it also serves as a helpful reminder to all Christians of God’s calling and purpose for his people. VanDoodewaard makes the most of available source materials to paint a helpful picture of what it means to glorify God in every aspect of life.

Reformation Women consists of twelve chapters detailing the lives of women in the sixteenth century. These stories bring to light lesser-known figures who played significant roles in advancing the Protestant Reformation. By discussing women of all nationalities, ages, marital statuses, and social statuses, this book is directly applicable to a wide range of women. Nevertheless, it is not only a delightful collection of stories, or a well-grounded historical account, but also a book rich with Christian testimonies and tales of the Lord’s faithfulness to his people.

At times, the stories of various figures can seem repetitive, since many of the women perform similar tasks and assist their communities in similar ways. These heroines are similar, but this does not make any of them less heroic. So, for those desiring to see both the Christians’ strength and the Lord’s active work throughout the book, it may be better to space their readings of the chapters over a longer period of time. Nonetheless, these thematic similarities can also be viewed as strengths to this book.

Another strength can be found in the framework of the book. The author not only transports us back to the high points of the Protestant Reformation in her introduction, but also propels us to the future in her wonderfully applicable conclusion. In her conclusion, VanDoodewaard draws out several important points that emerge from these narratives. All of the women unflinchingly committed themselves to their duties: they cared for the sick and needy, they wrote publicly and boldly about the Reformed faith, they stood up to persecution with courage and dignity, they faithfully educated those in their charge, and they submitted to and assisted their husbands. Most importantly, each woman possessed a vital, spiritual strength.

In our day, when service and sacrifice are often lacking, stories like the ones VanDoodewaard tells could simply make us feel guilty. Reformation in these areas is important today, but this book is really a spur to spiritual growth and encouragement—which we will only find in the Lord. Reformation Women does not attribute these women’s accomplishments to their own efforts; rather, the reality of the Lord’s provision and strength is intricately woven throughout the book. Rebecca VanDoodewaard has crafted an inspiring read; I recommend it to any Christian seeking a fuller understanding of their faith, the church, and God’s purpose for their lives.