Why Can’t We Be Friends? Avoidance Is Not Purity 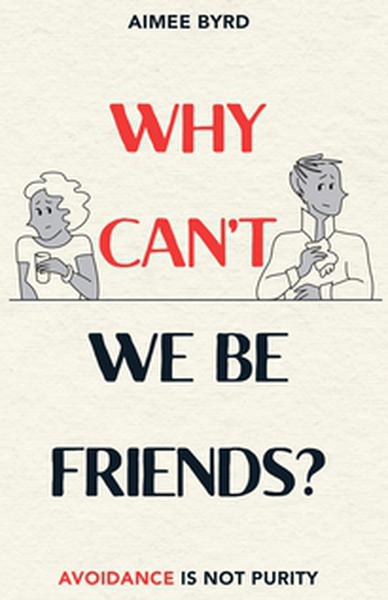 Why Can’t We Be Friends? Avoidance Is Not Purity

Aimee Byrd’s latest work takes up the subject of friendship between the sexes with thorough research, compelling argumentation, and an irenic tone.

The book is divided into two main sections, the first answering why non-romantic, God-honoring, male-female friendships seem to be an impossibility. Several reasons are addressed: issues of misplaced identity, misunderstanding purity, and allowing a fear of “what if” to control our behavior and practices. She also opens our eyes to pop culture’s influence on the church—from Freud to Billy Crystal! Hollywood, Byrd argues, has been consistently teaching us that “all women are … a means of sexual gratification for men, [and] that a man cannot control himself from thinking about conquering every woman he is ‘friends’ with” (23), and the church has bought into this as well. Our wariness of male-female friendships in many respects is no different from how society has oversexualized them, she claims. “To view the other sex as constant temptations to sin and threats to purity merely perpetuates the thinking and behavior of the unredeemed” (38). Has it always been this way? The historical background that Byrd impressively weaves in throughout the book would suggest otherwise.

It must be noted that Byrd repeatedly reminds her readers that she is not advocating for frivolous or inappropriate relationships between the sexes. She does not want spouses to enter into friendships that make their partner uncomfortable. Instead she argues for “sanctified common sense” (92) in our male-female friendships. Certainly purity is a commendable goal, but, Byrd asks, “is ‘purity’ a worthy accomplishment when it separates one from the joy of Christian fellowship?” (65).

Ultimately, Byrd wants us to recover a biblical conception of friendship, which she says is best understood as a “sacred siblingship” (145). The chapters on what it means to be siblings in the Lord are strengths of the book, and make up the majority of Part 2: “How Do We Live as Sacred Siblings?” Chapter 9 hones in on the church and offers suggestions on how we can cultivate an ecclesiastical environment that fosters healthy relationships. Chapter 10 reminds us to grow in holiness with one another, and chapter 12 to celebrate and suffer together.

But in terms of male-female friendships, Byrd still thinks we can do more. She is not shy in decrying the so-called Billy Graham (or Mike Pence) Rule. “Mature people seek table fellowship regularly,” she writes. “They don’t plot to be alone with the other sex just for the sake of it, but they also shouldn’t be suspect if they share a meal with a man or woman. The blessing that Christians pray for before sharing a meal sets the dynamic at the table and invites their Lord to be with them” (195).

Byrd even makes the point that our shared meals with fellow believers are proleptic of the eschatological feast to come (190).

Let’s be honest: in our Christian circles, a book like this could be somewhat controversial. It would be easy to dismiss it outright, since many of us already have strong convictions on this subject. But if you are at all concerned about the topic, then read this book and hear Byrd out with discernment and charity. Even if you end up disagreeing on some points, you will learn a lot. I know I did. My theology of friendship (if I even had one) expanded. My understanding and love for the church deepened. And I finished this book encouraged, equipped, and determined to be better at loving my brothers and sisters in Christ.