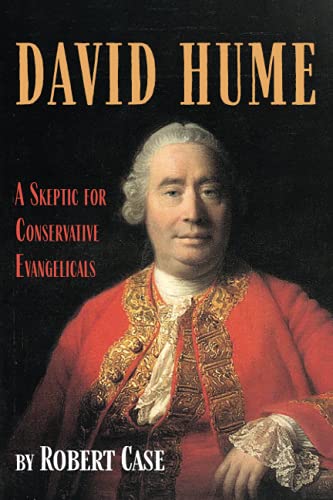 If a fellow student asked me after class what I made of what I heard, I’d first say that I came away understanding why Case has seen value in David Hume for present day evangelicals. In many ways, Hume’s thought aligns with many conservative social theories. However, to appreciate Hume as Case does, one simply has to identify the proper order of the “cart and the horse” and realize that Hume has correctly identified both but couldn’t tell (without the biblical revelation he rejected) which came first. For example, with morality Hume thought the “horse” was the development of actions that were found to be beneficial for an individual and groups. He thinks the “cart” came later as some attributed such morality to God. We know that the “horse” is that God in himself is the source of morality, and we are image-bearers of him. That morality of the image-bearer was later restated in God’s revealed commandments. The “cart” is that doing what God says is beneficial for ourselves and others. Revelation is good for us, not what’s good for us must have been from revelation.

Second, Case suggests that Hume was influenced by his Scottish Presbyterian upbringing more than the man realized. Hume’s background helped him see reality as it is, even though he denied the One who authored that reality. Hume saw what philosophers, who claimed to be more sophisticated than he was, couldn’t see: the fundamental reality is our “common life” which has a history in which institutions such as marriage and the workplace have proved themselves workable. You might say, with Alexander Pope, that they are “classics,” in the sense of being “that which pleases best longest.” Philosophers who do not start with our obvious “common life” end up inventing pseudo-realities. They claim to be rationalists, but they are really just dreamers. Dreams, however, may please while asleep but disappear when one awakes. Much of the so-called Enlightenment (wokeness) was actually in the dark realm of dreams.

At this point, I can’t help seeing a resemblance between Hume’s “common life” and Dooyeweerd’s “naive experience.” Maybe “obvious life” would have been better. It refers to the realm of subject-object relationships which no one who buys houses and raises children can doubt. It’s the philosophical rationalists who keep trying to turn that realm, and the order inherent in it, into theory instead of acknowledging it as the given from which we make abstractions and theories. For Hume order just is. For Dooyeweerd, order leads to God.

Third, I must, like every student, question at least something. If the way things actually are in the reality of common life, with its institutions that have proven themselves over time, is to provide a point of contact with unbelievers, apart from mentioning God, how would that work out in a society that now claims that the institutions of the past, such as marriage and now even law enforcement don’t, in fact, work? And what if unbelievers are now so existential that they don’t trust or even bother with history?

Case thinks we can still meet (many?) unbelievers on the common ground of reality. After all, if Hume and Robert Case can agree on some things, maybe there is hope yet for a reality-based consensus.