On March 7, 1943, Miss Grace Mullen was born in Wildwood, NJ. From her earliest days, Grace was surrounded by Orthodox Presbyterians. Her grandfather, I.T. Mullen, was a founding ruling elder at Covenant OPC, Vineland, and her mother, Rebecca, a member at Calvary OPC, Wildwood and then Faith OPC, Pole Tavern, served for decades as cook at the French Creek Bible Conference. Her uncle Tommy played the organ for decades at Covenant OPC, Vineland, and her aunt, Jane Mullen Albright, was married to OPC Pastor Wilson Albright. Grace herself was attached to the French Creek Bible Conference from its beginning, first as a camper, then counsellor, kitchen help, life guard, and eventually Board member.

After teaching at multiple Christian schools, including at Phil-Mont Christian Academy in Philadelphia, Grace joined the library staff of Westminster Theological Seminary in 1975. During her tenure at Westminster, she was named Archivist and was widely acknowledged as a leading expert on the history and archives of J. Gresham Machen, Bruce Hunt, and Cornelius Van Til.

Working with OPC historian Charles Dennison, she was instrumental in organizing the archives of the Orthodox Presbyterian Church. Her faithful stewardship and oversight of the archives for nearly thirty years was recognized in 2009 with the dedication of the OPC Archives Room in her honor. 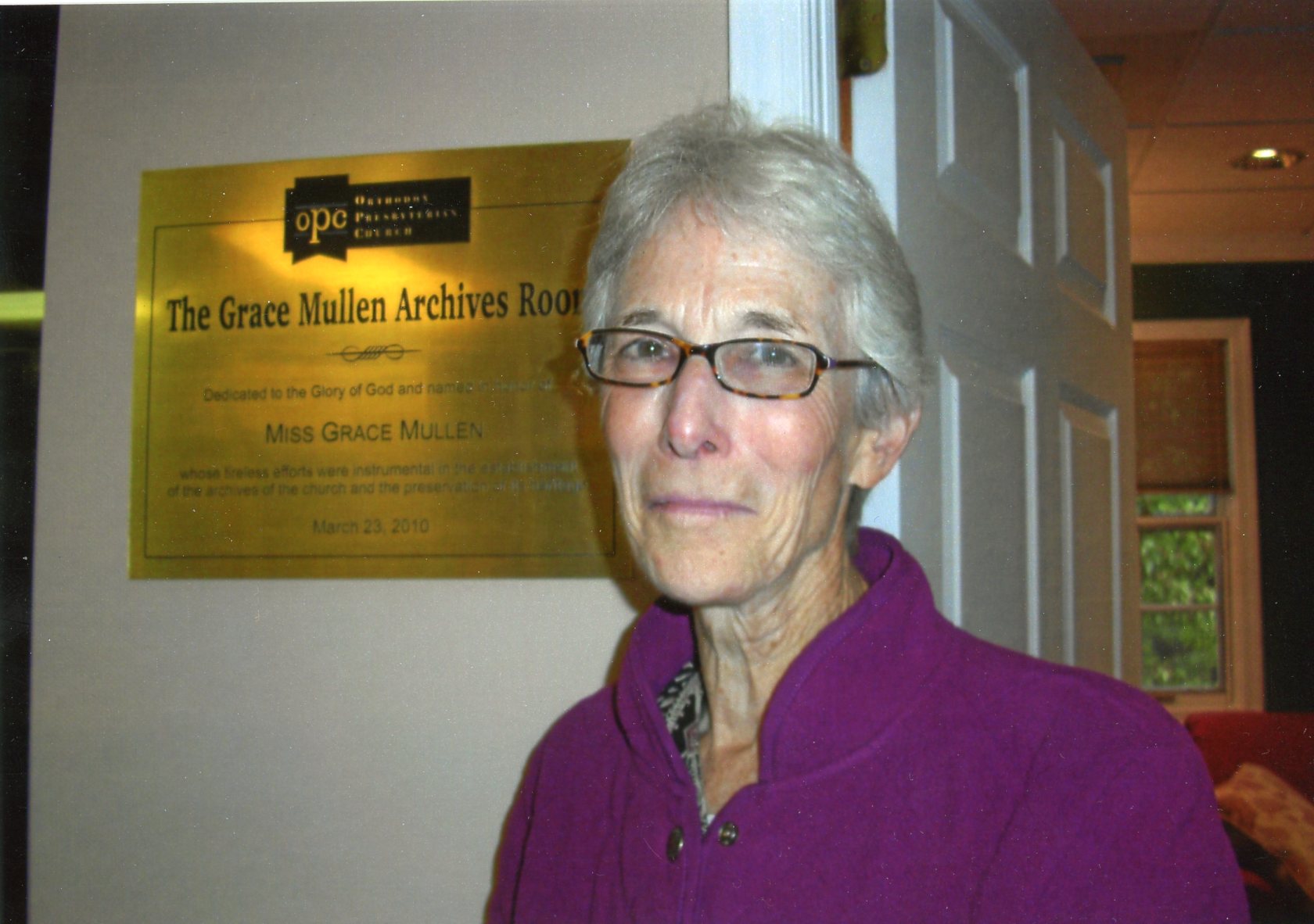