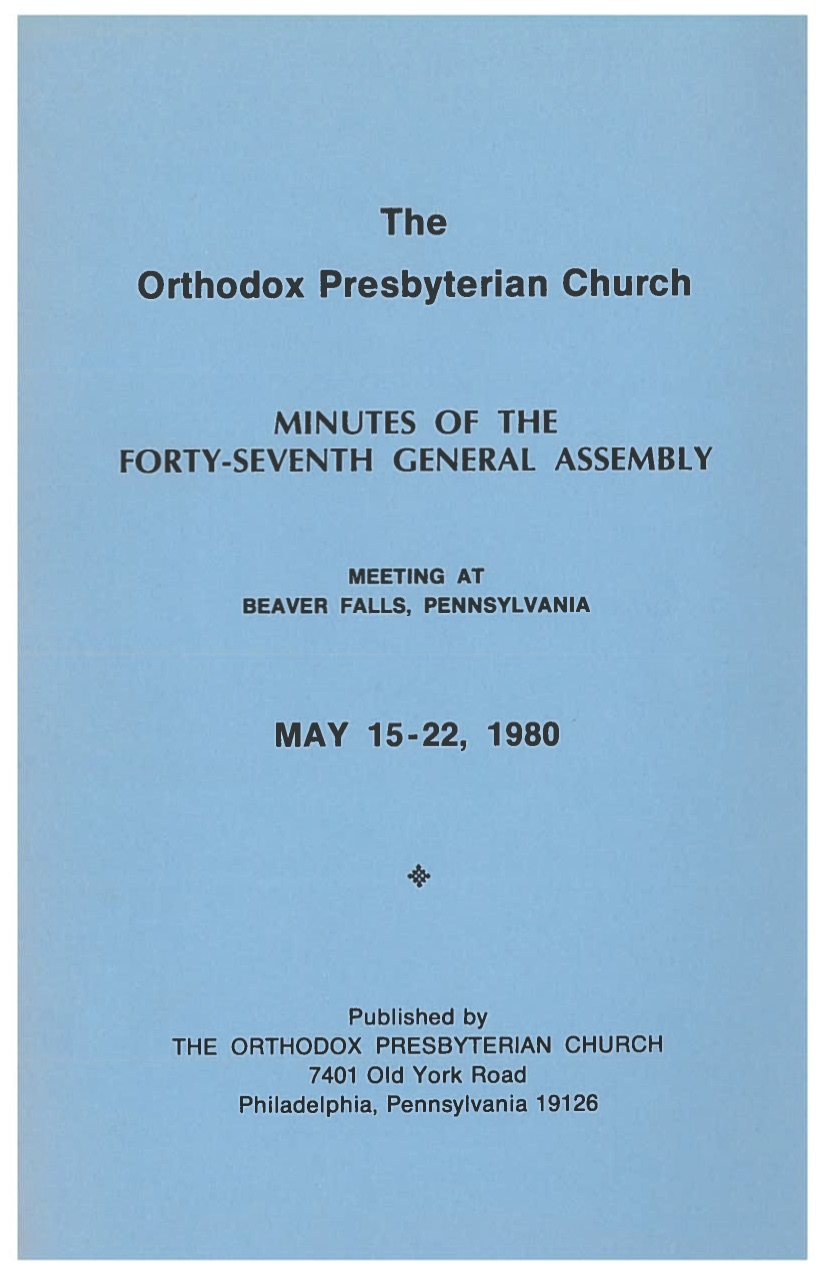 Minutes of the General Assembly

The Minutes of the 47th (1980) General Assembly were delivered to the printer on July 29, 1980. Stated Clerk Richard A. Barker explained that this was later than the previous year primarily due to the greater length of the minutes. At 299 pages, it was 46 pages more than the previous year and by far the longest in the history of the assemblies of the Orthodox Presbyterian Church.