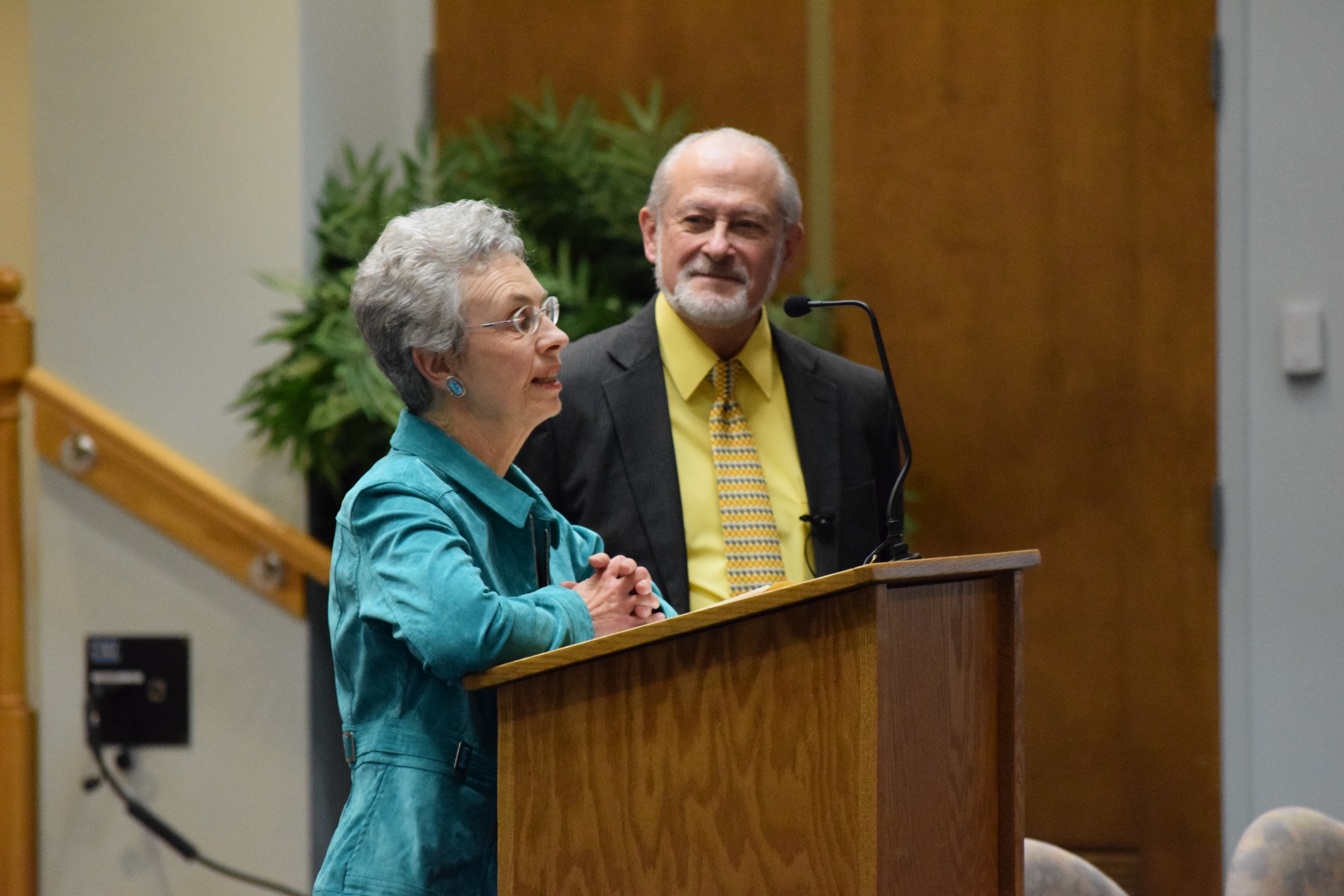 On July 2, 2000, the Rev. Stephen L. Phillips was installed as the chaplain at Quarryville Presbyterian Retirement Community. Immediately after his installation, Mr. Phillips headed out to attend the Sixty-Seventh (2000) General Assembly in Tacoma, Washington. In fact, during each of the next sixteen years that he served as chaplain at Quarryville, he and his wife, Jeanne, attended the General Assembly.

His chaplain duties at Quarryville included leading daily chapel services, a Wednesday prayer meeting, Sunday vespers, teaching Bible studies, visiting residents, calling upon those in the hospital, conducting funerals and doing anything else needed. On January 1, 2017, Mr. Phillips retired from the chaplaincy and together with Jeanne became an official resident of QPRC.

Picture: Jeanne and Steve Phillips at his retirement on December 14, 2016.