LeRoy E. Miller, a Baptist from Pennsylvania, married Janet Travis, the daughter of a Baptist pastor from Illinois, on this date in 1974. Little did they know when they met at Tennessee Temple College that they would embrace the Reformed Faith and come into the Orthodox Presbyterian Church. They married after their sophomore year and relocated to Pennsylvania, to finish at Trenton State. The birth of their first child complicated that plan, so Roy completed his education in various schools over the next decade.

Before his first pastorate in an American Baptist church in Kansas (1978 to 1980), Roy moved closer to the Reformed faith when he understood the doctrines of grace. By the time he ministered for three years at an IFCA church in Kansas, he agreed with a multiplicity of elders in a local congregation and that no congregation is truly independent. Roy once ordered some of Jay Adams’ books from Presbyterian and Reformed Publishing. They “just happened” to have the OPC directory pages wrapped around them as cushioning—including the Caney, Kansas, listing. Roy contacted the pastor, who drove two hours to meet Roy and put him on his “book of the month club” of Reformed literature. During a meeting of the Presbytery of the Dakotas, Roy lost his “Baptistism” and Dispensationalism when searching the Scriptures for references to the Covenant. Upon the advice of several ministers, Roy did not rush Janet, who followed him into Reformed thinking about six months later.

Roy graduated with his bachelor’s from the University of the State of New York in 1984. While earning his Master of Divinity from Reformed Theological Seminary in Jackson, Mississippi, he was stated supply of a PCA church in Mississippi (1985 to 1987).The OPC’s Presbytery of the Dakotas on September 23, 1987 ordained and installed Roy as pastor of the OP church in Caney, Kansas (1987 to 1993). Since 1993, he has served as pastor of Faith OPC in Lincoln, Nebraska.

In the OPC, Roy served several times as moderator of the Presbytery of the Dakotas and the Presbytery of the Central US, as well as the first stated clerk of the PCUS. Janet has served as the Old Testament secretary at RTS, international ministries coordinator at Back to the Bible, and as assistant to the CEO of Christian Heritage, a child-caring agency. The Millers have four children—Adina Holmes of Appleton, Wisconsin, and Krista, Michael, and Benjamin Miller, all of Lincoln. They have eight grandchildren—including two sets of twins.

Homepage: LeRoy and Janet Miller on their wedding day. 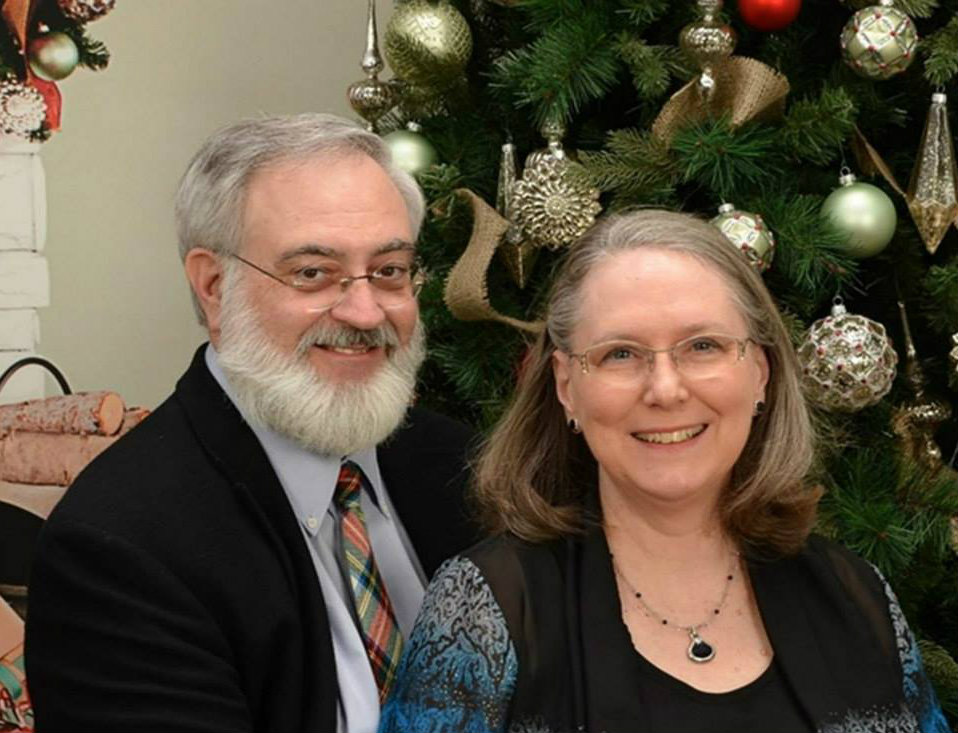