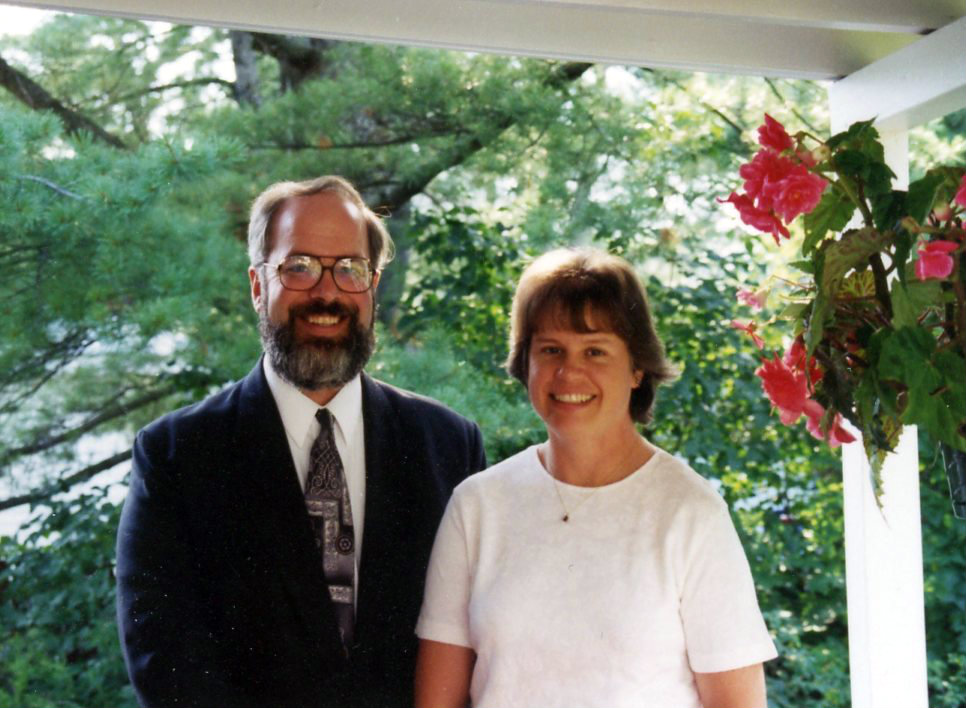 Born in New Hampshire in 1953, Gordon Harlan Cook Jr. met Pamela Gray in junior high school, but didn't date until after high school graduation. They married in the middle of college on this day in 1973. After graduating from the University of Vermont, Burlington, in 1975, Gordon earned his master of divinity from Westminster Theological Seminary in 1978.

Gordon was ordained by the Orthodox Presbyterian Church’s Presbytery of New York and New England on May 14, 1982, to serve as pastor of an independent Congregational church in Vermont through 1996. His ministry expanded in 1983 after he was struck from behind by a car while biking with his youth group. After a former pastor challenged him to use what God had taught him through his suffering, he trained in hospital ministry and hospital and hospice chaplaincy. He became a hospital chaplain at the Veterans Affairs Medical Center in White River Junction, Vermont, from 1982 to 1996. The following three years Gordon was associate pastor of Second Parish Orthodox Presbyterian Church in Portland, Maine, serving to organize Merrymeeting Bay OPC in Topsham, Maine. Since 1999 he has served as pastor of the church, now renamed Living Hope OPC in Brunswick, where he has ministered to the congregation for twenty years. Gordon also coordinates the spiritual care program for Mid Coast Parkview Health and is a hospice chaplain in Brunswick. Pam is a hospice and oncology nurse.

Over the years, Gordon has shared his wisdom about ministering to the sick and dying through numerous articles in New Horizons and Ordained Servant. Gordon gave a report on hospital chaplains to the 2014 General Assembly.

The Cooks have three adult children, six grandchildren, and a Labrador named Ruby.