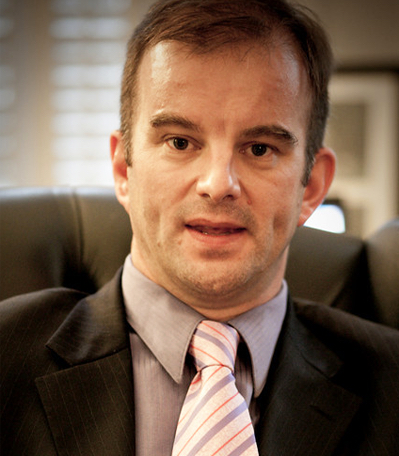 NH: How did the book come about? Rod Dreher of the American Conservative and Justin Taylor of Crossway asked me if I would write an introduction to the thought of Philip Rieff, the great analyst of modern therapeutic culture. At the same time, as a historian I was becoming interested in how the statement “I am a woman trapped in a man’s body” had suddenly become so important and so plausible in our culture. And as I started to research the former, it became clear that I could actually expand the project into an application of Rieff’s thinking in a manner that would help me explain the latter.

NH: Who was Rieff and why is his cultural analysis helpful? He was a scholar at the University of Pennsylvania who applied Freudian thought to cultural analysis. Rieff saw Freud as locating human identity in psychological categories and happiness in sexual fulfillment, but he then proceeded to show how these ideas have come to grip the modern moral imagination where identity is closely connected to sexual desire and the purpose of society has become therapeutic: society exists to enable individuals to be psychologically (i.e., sexually) fulfilled. This helps to explain why identity politics has placed sexuality at the center of political life. But Rieff goes further to argue that cultures depend upon setting boundaries to behavior. As society slowly but surely abandons all sexual taboos, it makes itself profoundly unstable. That is the situation we now find ourselves in. The people and institutions who are supposed to maintain society as a stable entity—political leaders, artists, writers, universities etc.—are all committed to precisely this overthrowal of moral tradition and thus to further destabilizing culture.

NH: What audience did you have in view in writing the book? My target audience is that of the thoughtful, engaged person who wants, not simply to lament the changes we see in the culture around us nor to engage in standard polemics, but rather to understand why these changes are happening and how we are all in some sense implicated in them. The book is not a simple read because analysis of culture requires engagement with history, philosophy, politics, and psychology, among other things. So, the reader looking for easy and straightforward answers will be disappointed. But I am particularly hoping that Christians will find the book helpful in understanding why our culture appears to be changing so rapidly and what we might expect in the future. To understand something is always the first step to overcome the temptation to panic or despair.

NH: Modern society rejects the biblical understanding of humanity made in the image of God. Is this why the old arguments about culture no longer work? To a large extent, yes. Of course, one of the reasons why Christian arguments worked to some extent in the public square long after Christian orthodoxy ceased to be the default position of culture was the fact that there was still an assumption that there was such a thing as human nature. Rousseau, for example, regarded ethics as grounded in sentiments, but he avoided subjectivism by assuming that human nature was something shared by all. Kant does a similar thing as a means of granting his categories universal, stable status. Then, in the nineteenth century, the very notion of human nature comes under explicit scrutiny. We find Hegel and then Marx historicizing it and thus making it something dynamic and historically relative. Darwin reduces the difference between humans and animals to mere stages in a non-teleological evolutionary process. More significantly, Nietzsche calls the bluff on all metaphysical claims and thus tears away the ground for seeing knowledge as anything more than a contingent construct, a point which of course includes human nature and anything built thereon. What we are seeing today is arguably the cultural outworking of this collapse in human nature. There now seems little upon which to agree to build our ethics beyond respect for the individual. Hence, in sexual ethics, consent is virtually the only criterion left by which an act can be morally assessed.

NH: You argue that behind the American society that now sees biblical beliefs about sexuality as hateful, even immoral, is a shift in identity. Can you explain? The key figure here is Freud. His basic idea, that we are all at base defined by our sexual desires, has come to grip the moral imagination of modern society. In part this is because it contains a kernel of truth: sexual desires are among some of the most powerful impulses that humans experience. In part, it is because pop culture, from commercials to the mainstreaming of pornography, has served to press home the centrality of sexual desire to human existence.

What all this has done is change sex from something we do to something we are. And that has obvious implications for how the wider world perceives Christianity. I object to homosexuality because it involves acts of physical union that God has declared illegitimate. In doing so, I am objecting to forms of behavior. But society sees such objections not so much as a moral commentary on actions as a repudiation of a person’s identity. This is why arguments that draw parallels with Christian objections to premarital heterosexual intercourse do not deflect accusations of homophobia. In the mindset of the current culture, there is no parallel between the two things because one is a categorical repudiation of an identity, the other merely a repudiation of an inappropriate expression of an otherwise legitimate identity. It also makes the distinction between hating the sin and loving the sinner implausible to the secular mind: where sex is identity, the sin and the sinner are one and the same, and they cannot be separated even at the conceptual level. That is why terms such as homophobia and transphobia have emerged as culturally potent.

NH: The Bostock ruling by the Supreme Court occurred after your book was at the publisher. How would you evaluate that ruling in light of what you argue in the book about identity? It is entirely consistent with the trajectory that I outline in the book. It acknowledges in legal precedent that which is already part of the political and cultural imagination of contemporary America: that sex and gender are entirely separable and that individuals can choose their own identities and, where these conform to the spirit of the age, demand that the law compel others to recognize our choice as legitimate.

Justice Gorsuch’s legitimation of transgenderism as law will have an impact on later judgments. It is inevitable that it will both encourage others to challenge established precedents with regard to the rights of religious organizations and strengthen the general case for an increasingly narrow reading of the protections provided by the First Amendment.

NH: How should Christians navigate the current culture? First, we need humility. The culture of individual autonomy and expressive individualism that has allowed for things such as transgenderism to emerge is our culture, too. We need to examine ourselves to see how this has affected our attitude to authority, to others, and to the structures of accountability in which we are placed.

Second, on a pastoral level, we need to educate people to think ethically. My experience of teaching college students is that many young Christians believe the Bible; they are just not sure what it says about sexual and gender issues. That may seem odd to those of my generation, but the world is so powerful and relentless in the messages it sends that we need to think long and hard about how to communicate Christian ethics, and patterns of Christian ethical thinking, to people in the pews.

Third, we should expect to be put under pressure by the wider culture in ways that we have not experienced in the past. Social media has all but obliterated the private sphere. It will be increasingly hard to keep our religious and moral convictions as matters of personal, private choice. The days in which personal convictions on sexual morality were considered irrelevant to public, social existence seem to be coming to an end.

Fourth, we should keep our eyes on Christ and the promises made in him to the church. It is a hardy perennial of church history that every generation thinks that the world is going to the dogs and the church is in serious trouble. That fact alone should relativize the current situation. Then, when we recall that God will build his church, that the gates of hell shall not prevail, and that Christ has already broken the real power of the rulers of this world, we should be encouraged. This is not to say that we should not take the current situation very seriously—the human carnage of the sexual revolution is not something to be taken as a light or trivial thing. Real people made in God’s image are suffering because of it. But we should still regard it as something over which God is sovereign. It will not ultimately prevail.