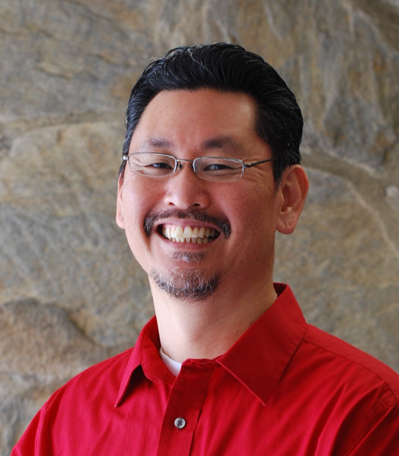 In the beginning of my current pastorate, I would regularly visit the eldest member of my church, Helen. She was the last of our founding members, who, in 1941, petitioned the OPC to start our church, Faith OPC in Long Beach, California. When she became housebound, I would sit with her for hours listening to her stories of the church. As her health deteriorated, she would continually tell me how much she wanted to depart and go home to be with the Lord. She echoed the apostle Paul’s words when he said, “my desire is to depart and be with Christ, for that is far better” (Phil. 1:23).

This is the great desire of every true believer in Christ, and it is the same desire we see in Luke’s account of Simeon in Luke 2:25–32. As Simeon holds the baby Jesus in his arms, he sings that he can depart in peace, celebrating the coming of Christ.

A Song of Faith

Simeon’s song is first a song of faith celebrating the fulfillment of God’s promises in Christ. On the eighth day after Jesus’s birth, Mary and Joseph take him to the temple “to present him to the Lord” (Luke 2:22). As they do, they come across Simeon, a “righteous and devout” Jew who has been waiting for “the consolation of Israel” (v. 25).

There in the temple, Simeon is holding in his arms the great fulfillment of all the Old Testament promises of God, which were promised in every law, every type and shadow, every redemptive event, every miracle, and every office of prophet, priest, and king. “For all the promises of God find their Yes” and “Amen” in Christ (2 Cor. 1:20). Christ has finally arrived!

And so, Simeon sings a song celebrating the fulfillment of this promise as the climax, not only of the whole of the Old Testament and of redemptive history, but of his whole life. This is the great reason for which God saved him and sustained him until now. He can die having held the Messiah in his own arms, beholding him with his own eyes: the seed of woman; the seed of Abraham, Isaac, and Jacob; David’s greater son; the Son of God; the Son of man; the King of Israel; and the Savior of the world. All of God’s promises to Simeon have found their “yes” and “amen” in this little baby boy that he is holding. So

he took him up in his arms and blessed God and said, “Lord, now you are letting your servant depart in peace, according to your word.” (Luke 2:28–29)

What a beautiful illustration of how faith takes hold of Jesus alone for salvation! Simeon took Jesus up in his arms. If you’ve ever held a floppy, newborn baby, you know that you can’t just hold them like you would a book or a basketball. You have to drop whatever is in your hands and very carefully, gently, yet firmly hold that child with both hands and arms. That is what Simeon must have done, letting go of whatever he had in order to take hold of Jesus. This is what faith does as we let go of our sins, self-righteousness, and idols, in order to take hold of Jesus for salvation.

A Song of Salvation

Simeon’s hymn is also a song of salvation celebrating the person and work of Christ.

He sings of the very person of salvation. Simeon says he can now “depart in peace,” and tells us why: “for my eyes have seen your salvation” (Luke 2:30). In holding and beholding the baby Jesus, he has seen the salvation of the Lord in the face of Jesus Christ. Now, Jesus doesn’t save Simeon or anyone else merely by his incarnation and birth. Rather, it is what he was incarnate and born to do that brings salvation: living the perfect and holy life we were supposed to; dying the death that we deserved to die, taking our sin and punishment on the cross; and rising from the dead to give us new life. The child Simeon is holding in his arms is not simply a part of his salvation. The child is salvation. If you have him, you have salvation. (See The Incarnation in the Gospels [P&R, 2008], by Daniel M. Doriani, Phillip Graham Ryken, and Richard D. Phillips, 126.)

Simeon also sings of the peace of salvation. He can depart in peace because Christ has come. It’s Simeon’s way of saying he’s prepared to die and be with the Lord. Most interpreters assume that Simeon is an old man and, now, toward the end of his life, after seeing Jesus, he can die happy. But the passage doesn’t really tell us his age. He might be old, but he might also be young. The point is: Simeon isn’t saying that he’s going to die, but that he is ready to die. This is the deeper truth of Simeon’s song. If you behold Jesus by faith, then, like Simon, you can depart and die in peace. But if you haven’t, then you have no peace in life nor in death, whatever your age, for you have no peace with God.

Simeon exemplifies the peace that comes in the gospel, the peace of God that comes through peace with God through faith in Jesus Christ (John 14:27; Phil. 4:7; Rom. 5:1). When we see Jesus and his salvation, we are ready to depart from this life in peace and enter into eternal life in heaven.

This is why Stephen, in the book of Acts, didn’t cry out in fear as he was being stoned, wondering if there is a God or if heaven is real. No, he died with peace. Luke says he had such peace “that his face was like the face of an angel” (Acts 6:15). Stephen beheld the person of Jesus and was ready to depart and be with the Lord. As he was dying, he saw Jesus standing at God’s right hand. Phillip Ryken says:

Lastly, Simeon sings of the scope of salvation. He not only sees salvation in Jesus, he also sees the extent of salvation through Jesus—“that you have prepared in the presence of all peoples, a light for revelation to the Gentiles, and for glory to your people Israel” (Luke 2:31–32). Jesus comes to bring salvation to “all peoples.” This doesn’t mean every single person in the world, but rather people from every tribe, language, tongue, and nation—Jew or Gentile, male or female, slave or free, rich or poor (Gal. 3:28; Rev. 5:9; 7:9). Jesus comes to bring the light of eternal life and salvation to all the “peoples” of the world.

Singing Together of Faith and Salvation

This Christmas season, we all sing the song of Simeon. We sing songs of fulfillment and of salvation; of incarnation and of advent. Like Simeon, we celebrate the promises of God fulfilled in Christ, beholding his person and work of salvation. Like Simeon, we take hold of Jesus by faith and sing of his salvation because he is our salvation. Whatever our circumstances may be, like Simeon we are ready to depart in peace to be with the Lord, which is far better.

During my last visit with Helen, I read her some of her favorite passages including the one about Paul’s desire in Philippians 1:21–23. Soon after, the Lord granted her the desire of her heart. At the ripe age of ninety-seven, singing her favorite hymns, surrounded by family, she departed in peace to be with the Lord. May the Lord do the same for us.