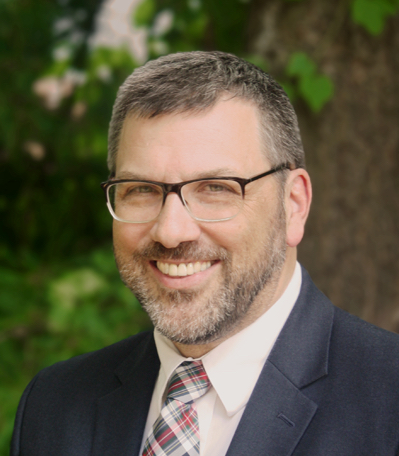 Tara Burton’s Strange Rites (PublicAffairs, 2020) is not an easy book for a confessional Reformed Christian to read. The language is vulgar and graphic at points. She seems to have little interest in an orthodox view of special revelation or why a defense of “the” faith might be important when compared to a defense of Christian theism. Her one mention of John Calvin is to make a joke about the mantra of wellness culture being equal parts Ayn Rand and Calvin: “you’re not just allowed but in fact obligated to focus on yourself—but, no matter how much you do, it will never be good enough” (98). And each chapter describing the religious landscape of America, including the growth of institutional paganism, seems more discouraging than the previous chapter.

It is not an easy book for a confessional Reformed Christian to read, but it is an important one. Particularly illuminating are Burton’s insights on why so many millennials have abandoned institutional Christianity. Her thesis is that increasingly Americans, especially younger Americans, are not rejecting religion, but remixing it. They long for a sense of meaning in this world, but reject any authority, institution, or creed that conflicts with their own personal feelings and experiences. The result is a “Remixed” religion of their own making that often stands at odds with historic Christianity and its authoritative claims from the Bible.

Burton points out that almost 40 percent of Americans born after 1990, the so-called young millennials, say that they have no religion. These religious “Nones,” an estimated 81 million people, are both the fastest growing religious demographic group in America and the largest.

What Burton attempts to prove in the book is that the Nones have a religious interest, but that their religious interest is self-oriented. In her judgment, this is the result of an internet-defined generation and the self-creating power of social media where people are accustomed to finding their own sources of information and mixing it with different perspectives. This belief, that one’s religious life can and should be customized to one’s personal interests, has become an embedded part of the culture.

Burton explains what this means in practice. The Nones can get their sense of community from one place (like fandom) and their sense of meaning from another (like social justice activism). They can employ rituals associated with wellness culture while seeing their calling in life as primarily political. But what ties everything together is a rejection of institutions and authority and the embracing of gut instinct. With the rejection of authority, truth itself is redefined. One’s lived experience is what functions as an authoritative account of the world. Seventy-five percent of millennials agree with the statement, “Whatever is right for your life or works best for you is the only truth you can know” (33).

Still, Burton pushes back against the media stereotype that the Nones are rebelling against an upbringing in churches that emphasized doctrine. Rather, she argues, they saw their parents attending church, but they were acutely aware that their parents did not view religion as a core part of their lives.

This is in contrast to the youth who were raised in a Christian home where the faith mattered. Burton notes that in Protestant households where parents talked about religion a lot, 89 percent of the grown children continue to identify as Protestant. Burton concludes that the “raised religious” who are leaving the church are not for the most part those whose parents found purpose and meaning in the faith. Rather, those leaving are those raised with the sense that religion is just what one does.

Today’s Great Awakening and the Birth of Remix Culture

Corporations have seized upon this spirituality bubble and sought to fill the gap. Nike celebrates Colin Kaepernick’s decision to take a knee, enabling it at the same time to promote its moral righteousness in a political manner and enhance its financial bottom line. Burton observes, “In so doing, they are creating moral universes, selling meaning as an implicit product and reframing capitalist consumption as a religious ritual—a repeated and intentional activity that connects the individual to divine purpose in a value-driven framework” (59).

Another cultural phenomenon that has filled the spiritual gap is J. K. Rowling’s Harry Potter series. Harry Potter, like the Star Trek and Star Wars series before it, has displaced the Bible as a sacred text for many with its creation of a spiritual universe. The Remixed question why they must fit into the narrow category of organized religion with its doctrines that do not adhere to progressive values reflected in these beloved entertainments. “Why not use the language of Hogwarts houses to talk about good and evil, alongside the rhetoric of social justice and metaphors garnered from Star Wars?” (88).

Burton contends that if fandom provides the structure of Remixed religious culture, then wellness provides its implicit theology. The anthropology of wellness is that we are born good but are tricked through Big Pharma, processed foods, and civilization (the toxic energy of others) into a life that is short of our best. Sin is insufficient self-care. Prior to the emergence of SoulCycle, Goop, Thrive, and WW, Oprah Winfrey articulated the “oxygen mask theory” that they all employ: life is like being on an airplane where you need to put on your own oxygen mask first before helping the people around you.

Doctrines for a Godless World

According to Burton, there are two de facto civil religions. The first is social justice culture that sees America as a repressive society where progressive politics are the means to slay the Goliaths of racism, sexism, and other forms of injustice. It has fueled such movements as Black Lives Matter and #MeToo. The second is the techno-utopian culture of Silicon Valley, which puts forth a libertarianism that looks to technology as that which can unleash human potential. The two civic religions share a disdain for the rules, maxims, and mores of society. But, in Burton’s view, most importantly both groups treat earthly self-actualization as the ultimate goal. Consequently, “both groups are fundamentally eschatological yet thoroughly materialistic” (168). They seek a kingdom of heaven on earth rather than a world to come. The techno-utopians seek it through robot-fueled singularity. The social justice culture, particularly BLM, seeks this kingdom on earth through Marxist-style cultural revolution.

Her commentary on the social justice movement is especially helpful. Social justice activists see society as having been shaped by white and male privilege. Government institutions like the police and border patrols are viewed “not merely as ineffectual, but as actively malevolent agents of structural inequality and the cruelty and brutality such inequality manifests” (169–70). For this group, the election of Donald Trump as president was a tragic reminder that America, despite its lofty ideals at its founding, is a country built on white supremacy, patriarchy, repression, and hatred.

Social justice has provided meaning and purpose for the secular and has reenchanted a godless world. God is not needed to create an eschatologically focused account of a meaningful existence. Still, the movement’s success is in replicating the cornerstones (meaning, ritual, community) of traditional religion in an internally cohesive way. It takes the varied tenets of intuitionalism—the self, emotions, and identity—and threads them together into a visionary narrative of political resistance and moral renewal. It provides for a sense of community with its collective ritual catharsis of calling out problematic enemies or insufficient allies who deserve to be canceled. It provides an explanation of evil, “an unjust society that transcends any one agentic individual and, more specifically, straight white men” (178). By equating the problems of a repressive society with the egos of straight white men, social justice is able to balance its fatalistic conception of society now with a more optimistic future. The goal is a new creation, that is, a new world full of love and compassion that will arise “from the ashes of a patriarchal, racist, homophobic, repressive, Christian society” (178).

Religion and the Modern World

Burton maintains that affluence and the proliferation of the internet has rendered us all parishioners, high priests, and deities simultaneously. This has led the church into a catch-22: Those Christian communions which are stringent and theologically demanding retain a greater percentage of their members, but they are also more likely to alienate those who are unable to conform to their values. Conversely, mainline Protestantism is more capable of welcoming those on the theological margins but more often than not fails to retain members or fill spiritual needs. But Burton does not stop with the comparison. She goes on to suggest that once you begin to relax elements of the faith, as mainline Protestantism has, you have already adopted the philosophy of Remixed nation, a place where God and his church are not needed for spiritual purpose and fulfillment.