Suffering and Sovereignty: John Flavel and the Puritans on Afflictive Providence 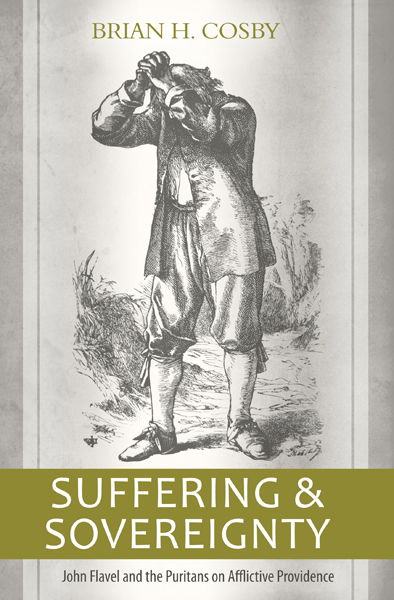 Suffering and Sovereignty: John Flavel and the Puritans on Afflictive Providence

A decade ago in the U.K., my peers scowled when they heard I had been "licensed to preach the gospel." They asked whether such practices were found in Scripture or in British church history. I named John Flavel and their confusion just deepened. I am sorry to say that many Americans know British church history better than we Brits do.

Brian H. Cosby, pastor of Wayside Presbyterian Church (PCA), has written a book that is historically and pastorally beneficial. Cosby's short examination of afflictive providence in Puritan thought revolves around the extensive writing and preaching of John Flavel (1627–1691), who, in addition to being married four times, was an heir of the Westminster Standards. His life was a crucible in which suffering and theology met the refining fire of the Holy Spirit. Even if a reader ignored the preface of Suffering and Sovereignty, it would be obvious that the book is a summary of a larger scholarly work. This slimmed-down book is both readable and concise, and includes limited but informative interaction with other scholars.

At the beginning of the book, Cosby asks, "How does a Christian make sense of suffering today?" He then answers this well-worn question in seven chapters, looking back through the lens of Puritan theology to the Scriptures. Each chapter is a well-organized, self-contained unit, helpfully broken down into clearly headed subsections. Cosby begins by presenting Flavel's teaching on the origin and nature of human suffering, and then he considers related issues of divine sovereignty and our suffering. These weighty matters lead to a more pastoral assessment of God's purpose in man's afflictions and the correct response to such suffering. The final two chapters are dedicated to Flavel's own ministry to sufferers, concentrating on a believer's assurance of salvation and the cessation of suffering.

Many of you reading this review are familiar with Reformed teachings, such as union with Christ. If you seek to experience such heavenly truths, particularly in times of suffering, devote a few hours to this work. You may not be overly interested in Puritan history, but in modern times, which are saturated with the "misery of that estate into which man fell," you will find this book filled with helpful teaching on your own struggles as they work out your relationship with your Savior. I recommend Suffering and Sovereignty to all who seek a better understanding of Christian suffering. This work would be particularly beneficial to recently ordained men and licentiates as they shape their own theological perspectives and sharpen their pastoral tools at the "coal face" of the local church. Thank you, Pastor Cosby!