The Beauty and Glory of God’s Word 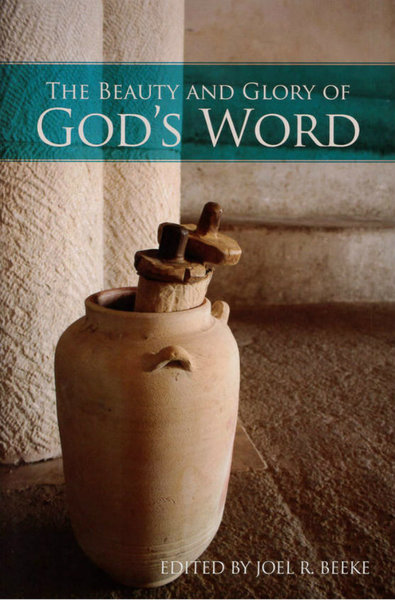 The Beauty and Glory of God’s Word

The ten chapters of this book are the presentations made at the 2015 annual conference of Puritan Reformed Theological Seminary in Grand Rapids. The theme of the conference is in the title of the book. As one would expect from such a conference, all eight of the contributors present unwavering, traditional doctrine. That said, conference books are like albums: while generally uniform, there are usually one or two standouts. So here, a few chapters rise above the others (at least for me).

Geoff Thomas, the (now retired) pastor of Alfred Place Baptist Church in Aberystwyth Wales, has two sermons on the authority and sufficiency of Scripture. He breaks no new ground—decidedly the reverse—but brings foundational truth with the warmth and insight of a seasoned pastor. These sermons make good devotional reading.

Joel Beeke, president of Puritan Reformed, provides a closing chapter that is very much in the vein of his institution. His sermon, from James 1:21–25, is peppered with many quotes from the Puritans and contains many points of practical application on receiving and doing the word of God. Reading the sermon, I wondered what it was like to hear this information-laden work. I went online and listened (for just over an hour) and was pleasantly surprised at how lively and engaging it was.

Far and away the most satisfying chapter is the lecture by William Van Doodewaard, Puritan Reformed’s professor of church history. His contribution, “Challenges to the Word: A Case Study on Adam,” is a model of accessible apologetics.

In a brief compass, Van Doodewaard sets forth the biblical account of man’s direct creation by God and the uniform testimony of Scripture to a literal reading of that account. He concludes that “there is no exegetical or theological reason to believe anything other than that God specially created Adam and Eve.… Nowhere in Scripture do we receive exegetical cues of lengthy processes involved in Adam’s origin, nor does Scripture indicate any predecessors or ancestors to Adam and Eve” (p. 32). The biblical data is followed by a fascinating account of opposing views from ancient civilizations, some early church fathers influenced by Neoplatonism (notably Origen and Augustine), and across the medieval period to the Reformation. At the Reformation, the literal reading gained a nearly complete ascendency in the church. Since then, opposition has come afresh, both within and without the church (e.g., Socinians, Darwinians). It is again today a point of controversy within the Protestant and Reformed church.

From this he unfolds the theologically erosive consequences of rejecting a historical Adam for hermeneutics, anthropology (i.e., defining human life, marriage, and the unity of the human race), and even the meaning of the gospel.

The book on the whole is a reliable restatement of the Reformed doctrine of Scripture, with a few of the chapters being of particular merit.