On June 27, 2004, volunteers from Pilgrim OPC in Bangor, Maine, were completing their first day of work in helping Covenant Reformed Presbyterian Church in Neon, Kentucky. The goal was to help turn a vacant apartment in a worship meeting place. The volunteers removed partitions, tore down ceiling tile, and chipped away at a cement block wall that previously served as a furnace room. The cleanup was just as hard as several truckloads of debris were taken to a dump.

Earlier in April, a group from Little Farms Chapel in Coopersville, Michigan, had traveled to Neon to help start the renovation. They were followed in early June by a group of volunteers from Grace Presbyterian Church in Columbus, Ohio. The last group to help the saints at Neon arrived in August with volunteers from Covenant of Grace Church in Batavia, Illinois. Pastor John Belden and the congregation at Covenant Reformed Church expressed their deep thanksgiving for such love shown to them from their brothers and sisters in the Lord in the OPC.

Picture: Volunteers helping in Neon in the summer of 2004. 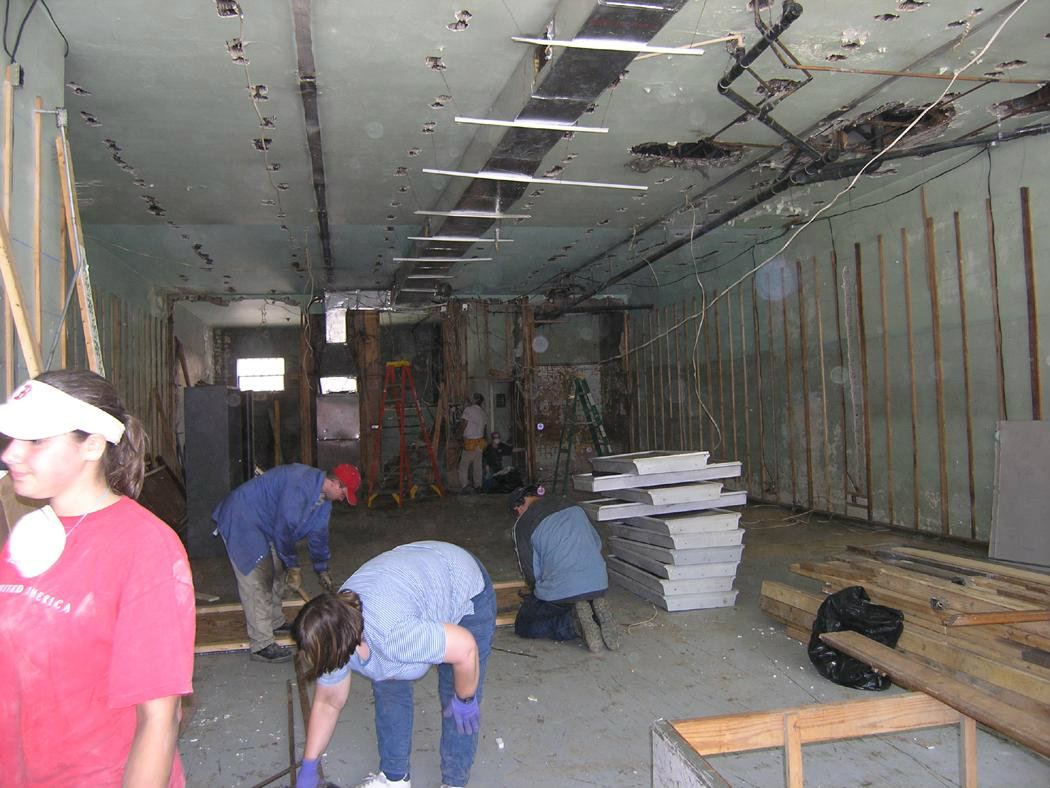