On July 30, 1917, Edmund Clowney was born in Philadelphia, Pennsylvania. After studies at Wheaton College and Westminster Seminary, Clowney was ordained by the Presbytery of New York and New England in 1942. He pastored Orthodox Presbyterian churches in Hamden, Connecticut, Westchester, Illinois, and Wesfield, New Jersey before joining the practical theology faculty at Westminster Seminary in 1952. In 1966 he was appointed the school's first President, serving in that capacity until 1982. During his 42-year tenure in the OPC, Clowney also served as an editor for the Committee on Christian Education from 1948-1958. He also moderated the Twenty-fifth (1958) General Assembly that met in Oostburg, Wisconsin.

Clowney was a towering figure among the ministers of the OPC's second generation. Two widely influential books of his were Called to the Ministry and Preaching and Biblical Theology. Under his leadership, Westminster Seminary underwent ambitious plans for expansion, including significantly higher student enrollments, multiple campuses, and a constituency that extended far beyond the Orthodox Presbyterian Church.

In 1984 Clowney accepted a call as associate pastor of Trinity Presbyterian Church (PCA) in Charlottesville, Virginia, and transferred his ministerial credentials into the PCA. He later served as an adjunct on the faculty of Westminster Seminary California and at Christ the King PCA in Houston, before returning to Charlottesville, where he passed away in 2005 at the age of 87.

Picture: David Hunt and Ed Clowney at WTS graduation in the mid-1960s. 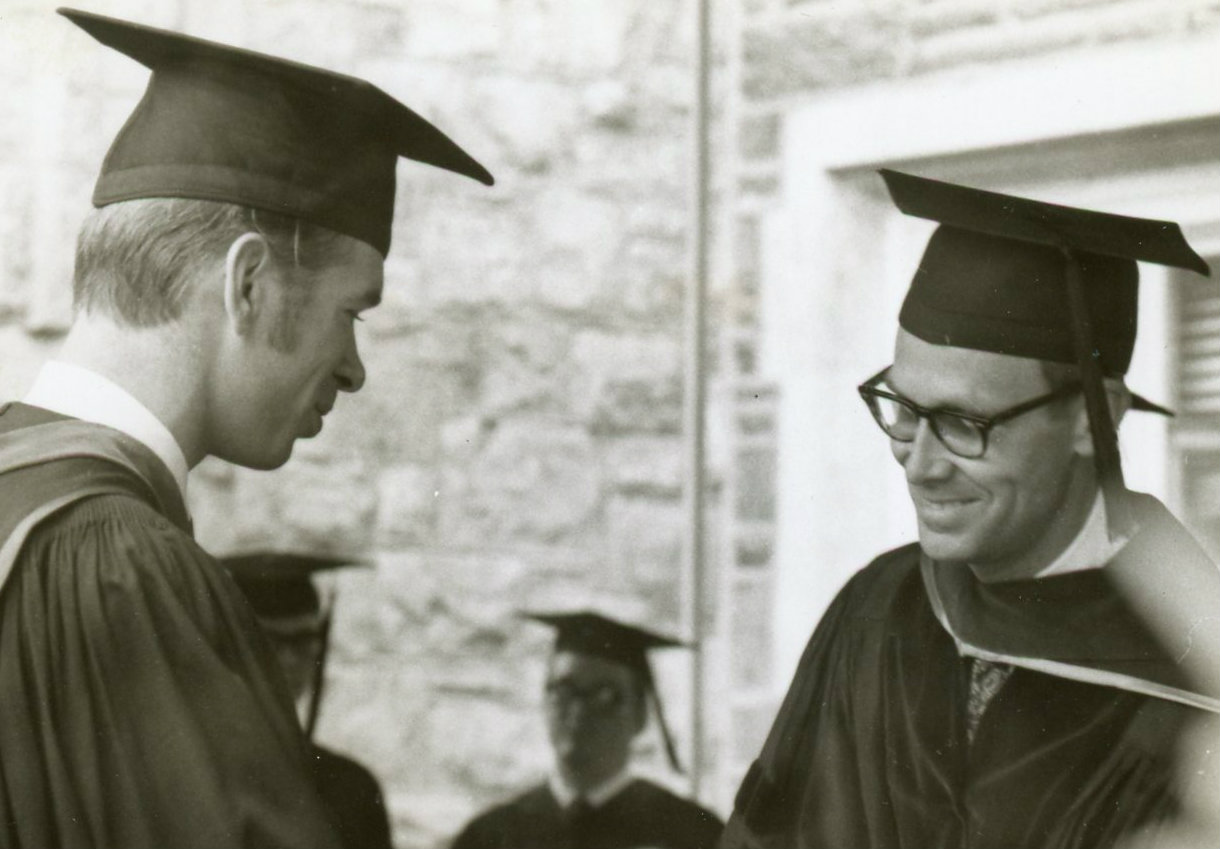