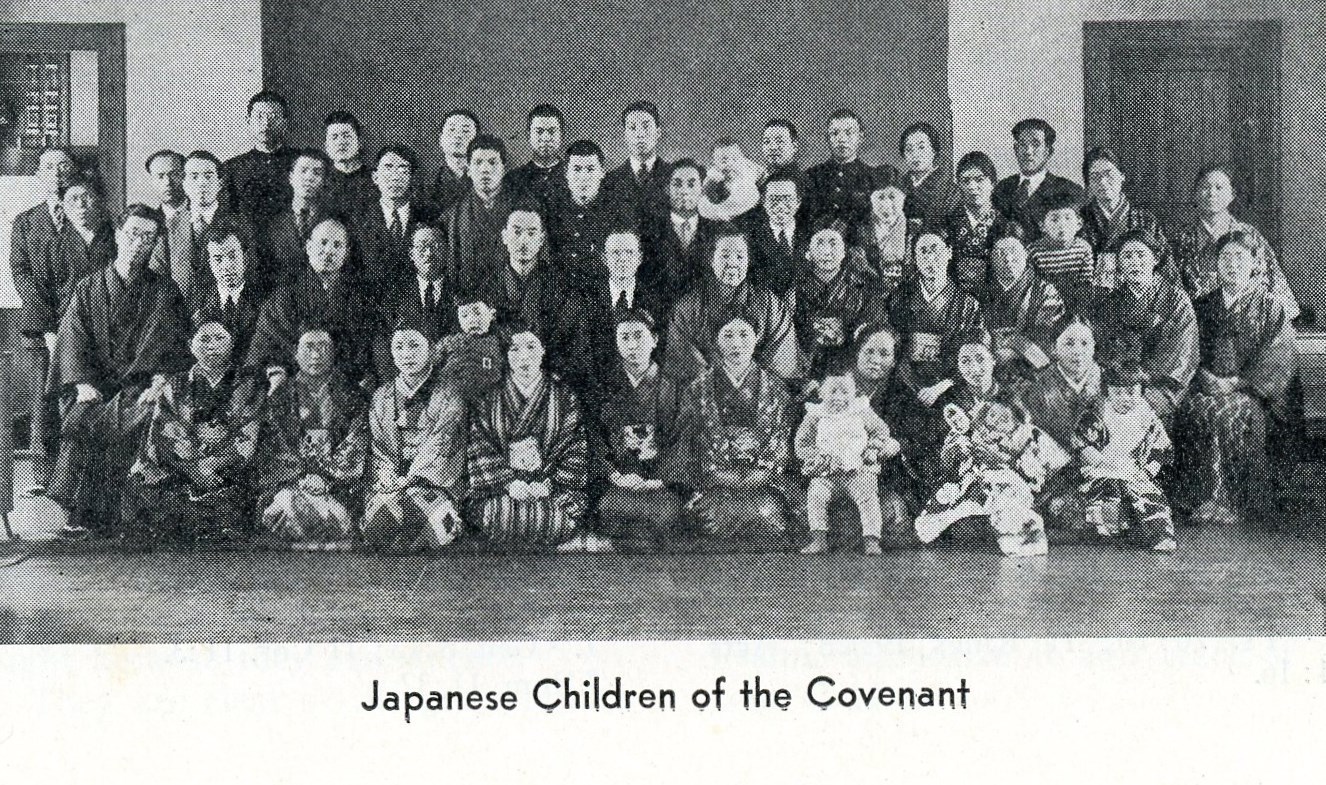 On February 14, 1937, a memorial service for Dr. J. Gresham Machen was conducted in a congregation in Sendai, Japan. The service was led by the Rev. K. Kakuda, pastor of the host church and translator into Japanese of a number of Machen’s books. According to the Presbyterian Guardian, a group of ministers attending the service composed a communication that spoke of the “great and widespread influence in Japan of Dr. Machen through his books, through Westminster Seminary, through the Independent Board for Presbyterian Foreign Missions, and through the Presbyterian Church of America” (later renamed the Orthodox Presbyterian Church).

The communication went on to note: “We who have come to a real belief in or a new hold on the Reformed Faith through him are determined by the grace of God to carry on in Japan the work he began. There is tremendous need for a clear witness to the Reformed Faith in our church and in all Japan.”

Picture: The congregation at Sendai