Because several of these ministers were facing charges in the PCUSA for their “disloyalty” to the modernist boards of the church, the Presbytery adopted a resolution declaring that the disciplinary actions of that body were “unwarranted interference and of no effect.” After the meeting, a public meeting was held in the auditorium of the Church of the Open Door, where about 1,500 people heard the Rev. Charles J. Woodbridge, General Secretary of the Independent Board, speak on the subject, "Why the Presbyterian Church of America has Been Formed." The moderator commented: "Never before have I seen so enthusiastic an audience. Since then the presbytery has taken definite action by way of forming new churches in this area. The prospects are certainly encouraging."

Within its first decade eight more churches were added, in San Francisco, Long Beach, Carson, Portland, Oregon, Seattle, Washington, and two in the San Diego area. Early minutes of the Presbytery described the informal circumstances of their meetings. One set of minutes began, "The Presbytery met in Long Beach – on the beach." 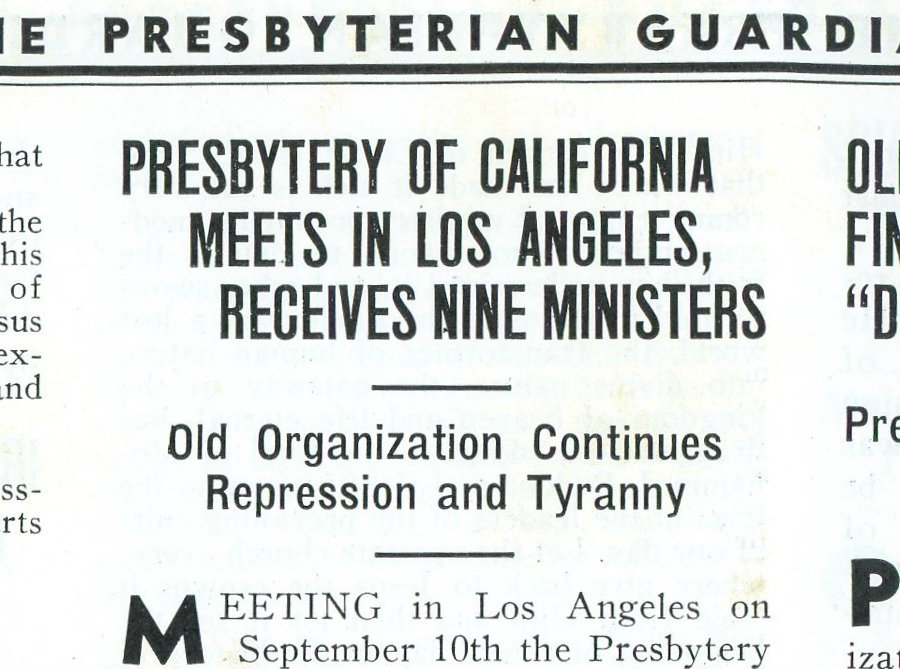